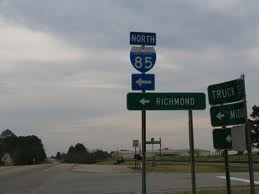 Atlanta – GA DOT announced the best value contract for the design build project widening Interstate 85 to add a managed lane in each direction extending north of the existing HOT lanes was recently awarded to C.W. Matthews and ARCADIS. The three shortlisted teams were required to offer bids in two parts, a technical section worth 25 percent of the score and a price section worth 75 percent of the score which were evaluated independently of each other by the selection committee. This Best Value based selection is only the second time the method has been utilized by the Department, and is a bidding method used to generate innovative strategies in proposals.

“Using a Best Value approach to the I-85 managed lanes project helped ensure that the Department received innovative proposals focused on employing the latest advances and technology in delivering this new roadway to the citizens,” said Russell McMurry, GA DOT Commissioner. “This project represents the third express lanes initiative moving to construction in just a couple of years. Georgians are going to see new options available to them all across the metro Atlanta area that will give them choices on reaching their destinations.”

C.W. Matthews and ARCADIS form a design-build team providing both design and construction services to widen Interstate 85 by adding one managed lane in each direction, from just north of Old Peachtree Road to Hamilton Mill Road in Gwinnett County. Construction is expected to being in August 2016 and be completed by the summer of 2018. The $139 million project also includes resurfacing of all the existing I-85 travel lanes within the project limits, as well as the addition of new auxiliary lanes northbound between GA20 and Gravel Springs Road and southbound between GA20 and GA 317/ Lawrenceville-Suwanee Road, including the I-985 Interchange.

The I-85 Express Lanes project is part of the Georgia Express Lanes system, a network of toll lanes that run alongside existing interstates in some of the most congested corridors around metro Atlanta. These lanes are intended to offer a choice for drivers to pay a toll to bypass congestion when they desire, provide a clear path for transit operators, and present reliable trip times within these corridors. Currently, two other Express Lanes projects are underway: the Northwest Corridor on I-75 and I-575 in Cobb and Cherokee Counties; and the I-75 South Metro in Henry and Clayton Counties.