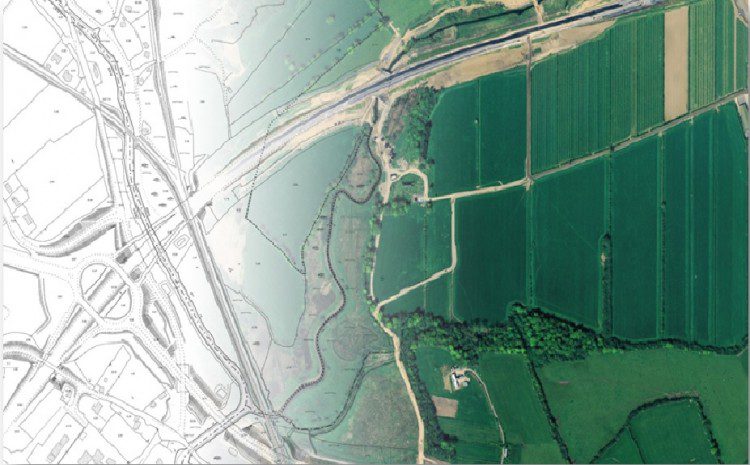 More than six years in the making, the new spatial data referencing platform is an object-oriented, digital mapping data model that enables the maintenance and development of the underlying physical infrastructure of Ireland. It adds a geo-context to objects such as utilities, land parcels, roads, and buildings so that they can be uniquely identified and referenced. Bentley Map, along with OSi-specified custom tools, allowed the agency to manipulate the re-engineered data as part of their remote sensing flowline. The EUR 4 million project has already saved more than EUR 600,000 in operating costs and established OSi as a leader in spatial data infrastructure.

Headquartered in Dublin and with six regional offices, OSi has been mapping Ireland in detail since 1824. Core products and services are in the vector data captured at a scale of 1:1000 in urban areas, as well as full coverage of the entire country and an authoritative boundary dataset. The agency’s products and services are widely used in all sectors of Irish society. OSi data supports the social, economic, legislative, and administrative functions of the state in Ireland.

To fulfill these responsibilities, OSi must update core data in a timely manner. At the same time, OSi strives to meet three challenges: make the data more useable by using open formats, make the data more accessible to users, and integrate and share spatial data through a central publishing node.

Government officials increasingly recognized that adding a geo-context to existing data for effective decision making would result in significant benefits to customers and users. The true value of information is realized when it is combined, integrated, or overlaid with other relevant information to gain a better understanding of the combined data, especially as it relates to a common location or geography. It became apparent that using a common data environment for spatial data is essential to achieving quality results and that ensuring interoperability would be key to a successful project.

In 2011, OSi began development of the spatial data infrastructure (SDI) in a common data environment that would provide a standardized coordinate referencing system as well as a standardized digital mapping reference system that meets European Commission standards. The SDI would provide a consistent format for storing and managing data so that it can be more easily integrated with other data for enhanced interoperability.

The strategic SDI initiative commenced by populating a new data storage model that would be available to OSi customers. The key challenge was to determine a detailed set of automated rules that could be applied to the data set. Once the rule definition set was in place, it was possible to reengineer and populate the data remotely from an outsourced resource based in India. 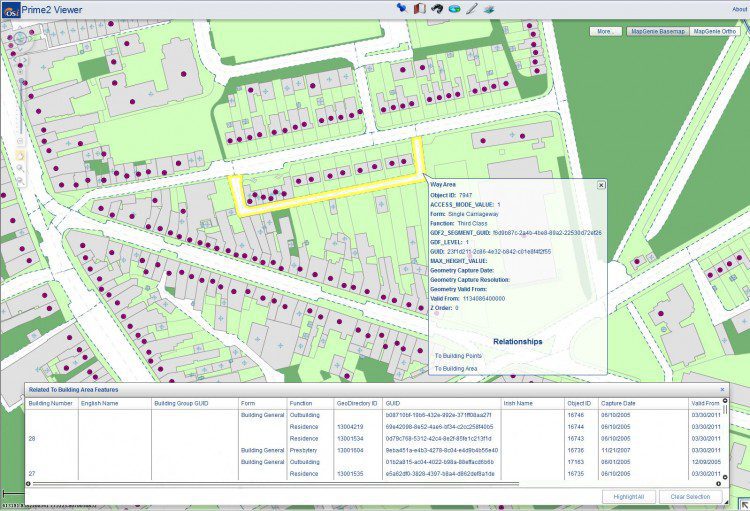 The Prime2 data model is based on industry standards.

Bentley Map, in combination with OSi-specified custom tools, allowed the project team to manipulate the reengineered data. Schema were developed to extract Prime2 data from Oracle and encode data in geography markup language (GML). Topology validation tools checked all data changed by the user prior to exporting the data to GML. The changed GML data was then imported back to Prime2.

This authoritative spatial reference framework was delivered in 2014 and has so far ensured consistent and unique referencing of topological state information, both in terms of location and in terms of ID tag referencing. The Prime2 data model reengineered 80 million cartographic items into 50 million real-world features.

Prime2 is an object-oriented digital mapping data model designed and developed based on industry standards. Each mapping object such as buildings, land parcels, roads, and utility infrastructure is uniquely identified and referenced throughout the object lifecycle via a geographic unique identification code. The 3D data models multi-story buildings, parking lots, subterranean utilities, and other features.

The rules-based approach to Prime2 was integral to quality control. The new data platform enables the joining of multiple national datasets, which allows for better analysis, more informed decision making, and greater work efficiencies in both the public and private sectors. The service-oriented architecture used to manage data workflow between the home office and field-based operators provided quality control via the rules-based approach. This highly efficient solution also provides significant cost and resource savings, as well as improving the accuracy of the data.

The seamless database of roads, rail, and rivers allows users to query the data based on network connectivity themes. This modeling approach also negates the need for repeat surveys, providing considerable cost savings.

OSi data will not only help the government improve services to citizens but also report on European Union directives pertaining to water usage, climate change, and other initiatives for European Commission standards compliance. 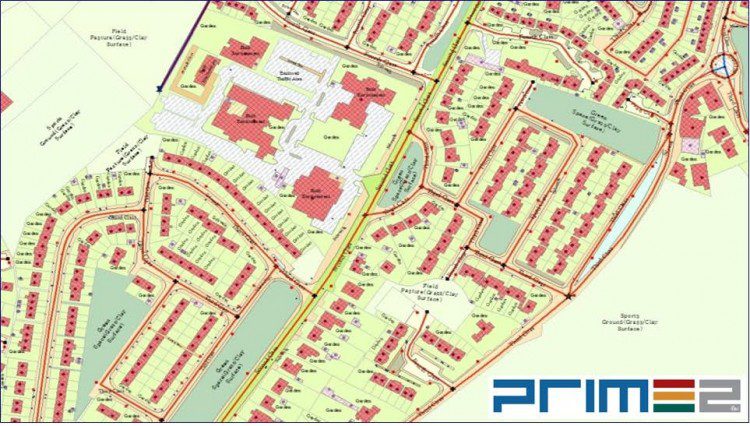 OSi projects a three-year return on investment based on production efficiencies and resource savings. As new products and services become available, the agency will also see future business growth. Ireland’s geospatial information industry contributed more than EUR 69.3 million in terms of gross value added to the economy in 2012, and that contribution is expected to grow with the accessibility of quality spatial data.

Aidan Mercer is a Senior Industry Marketer at Bentley with 6 years’ experience in high-technology environments. Aidan has worked at Bentley Systems since 2010, joining from the Exor, an asset management technology organization. He has held various roles in Geospatial and Utilities and now heads up after industry marketing for Government. He holds a masters in marketing from the University of Gloucestershire and various CIM chartered marketing qualifications. He resides in London, United Kingdom.