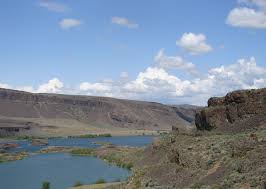 TACOMA, Wash. — A comprehensive report published today by the U.S. Geological Survey provides new knowledge and tools to aid in the management of critical Columbia Plateau resources while coping with declines in groundwater levels and the uncertainties of climate change.

Groundwater from the 44,000 square mile Columbia Plateau Regional Aquifer System has declined since the 1970s, but is a vital resource for nearly 1.3 million people in Idaho, Oregon and Washington, as well as supplementing irrigation water for the region’s estimated $6 billion annual agricultural industry.

“The Columbia Plateau Regional Aquifer System is large, complex and relied upon heavily by residents, farmers, cities and industry,” said Sue Kahle, USGS hydrologist and co-author of the report. “The information gained during this study and the new flow model provide a better understanding of the system, as well as a tool to assist agencies manage this essential resource.”

Scientists used the information gathered in the study to build a groundwater flow simulation model that water officials can use to test ways of managing the region’s groundwater under different pumping and climate conditions.

Among the important findings of this new model are:

To document changes in the aquifer system USGS scientists compiled water levels measured in approximately 60,000 wells over the last 100 years. The collected data shows that from 1968 to 2009, 72 percent of all wells declined, with an average rate of 1.9 feet of decline per year.

Water-resource issues, with implications for future groundwater availability, found during the study include: