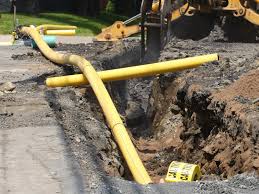 Houston, Sept. 22, 2015—As energy industry and government officials alike wrestle with the best way to limit the release of methane into the atmosphere, a new study reveals that US cities with programs calling for the replacement of aging natural gas pipeline have 90% fewer leaks per mile than cities without such programs.

The study, led by researchers from Stanford University and published in the journal “Environmental Science & Technology Letters,” demonstrates “how well pipeline replacement programs have worked,” Rob Jackson, the study’s author, said in an interview Monday.

Researchers studied programs to replace pipelines made of cast iron and other outdated materials in three US regions, the cities of Durham, North Carolina and Cincinnati, Ohio, and Manhattan Island in New York City.

The release of the study coincides with a series of public hearings the US Environmental Protection Agency is holding on proposed updates to the agency’s air rules for the oil and gas industry.

The proposals, designed to reduce emissions of greenhouse gases and volatile organic compounds from industry sources, are part of the Obama administration’s Climate Action Plan to reduce methane emissions.

“Emissions during the production, processing, storage, transmission and distribution of oil and gas were the second largest anthropogenic source of methane to the atmosphere globally in 2013,” the study found.

The report focused on methane emissions because methane’s global warming potential is 87 times greater than that of carbon dioxide over 20 years and 36 times larger over 100 years.

The study found that programs to replace aging gas pipeline infrastructure are expensive, particularly in dense urban environments such as the three regions studied, with Manhattan having the highest costs of all, Jackson said.

“Everything costs more in Manhattan compared with other cities; the population density is higher, it costs more to dig up the streets,” he said.

Yet, even with the relatively high costs, such programs pay long-term dividends in terms of safety and environmental benefits, Jackson said. “Overall, our data show that investing over many years in pipeline replacements will yield benefits for decades,” he said.

Jackson said the researchers tried to provide data to help cities focus their pipeline replacement programs on areas within cities that have the highest incidence of methane leakage.

“The focus should be on cast iron and unprotected steel pipes. Many of those pipes are 70 to 125 years old or more. Some of the older cast iron pipes date back to the 1800s,” Jackson said.

He added that cost is a very important variable in the success of pipeline replacement programs, which often unfold over a period of decades.

In addition, in many jurisdictions, regulators place a cap how much money local gas distribution companies can recover on the replacement and repair of pipelines.

“Companies have limits on what they can do. I’d like to see the public utility commissions help the companies replace pipelines more quickly,” Jackson said.

“In return for that, I think companies should stop being paid for natural gas that leaks out of their pipelines. Consumers pay for that lost gas,” he said. “I think that would align the incentives to fix the leaks more quickly.”

For their part, the public utility regulators, many of whom are elected on a statewide basis, “are in a tight place,” Jackson said.

“They’re judged on keeping costs low and yet they’re also responsible in part for repairs and replacements that companies can charge to consumers,” he said.

He noted that some states, such as Massachusetts, have passed laws calling for accelerated pipeline replacement programs as a way to more quickly address the safety and environmental issues associated with aging pipeline infrastructure.

In addition, the Obama administration is discussing the introduction of federal incentives under as part of its methane reduction plans.

“There are some carrots and I think there should be carrots. The benefits are consumer safety, air quality, money savings and reductions in greenhouse gas emissions, and you can also add job creation to the mix,” Jackson said.