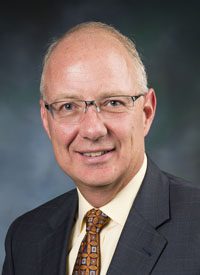 In recognition of his outstanding service to transportation research and to TRB, Kirk T. Steudle is the 2015 recipient of the W.N. Carey, Jr., Distinguished Service Award.  Steudle is Director of the Michigan Department of Transportation and a national leader in the development of connected vehicle technology.

During his service to TRB he has been a member of numerous committees, panels, and task forces in addition to chairing the Executive Committee, Oversight Committee for the second Strategic Highway Research Program (SHRP 2), and Committee on SHRP 2 Implementation as well as National Cooperative Highway Research Program panels on Developing an Asset Management Plan for the Interstate Highway System and on Administration of Highway and Transportation Agencies.

You are encouraged to register and make your hotel reservation online now for the TRB 95th Annual Meeting, January 10-14, 2016, in Washington, D.C. Registration is required for all Annual Meeting attendees, including those who plan to attend any workshop, visit the exhibits, or take advantage of onsite programming and services. Domestic full registrants with accounts paid in full by November 30, 2015 will have the option to have their name badge and ticket(s) mailed to them before the Annual Meeting.

The TRB 95th Annual Meeting takes place January 10-14, 2016, at the Walter E. Washington Convention Center, in Washington, D.C. The meeting covers all transportation issues, with more than 5,000 presentations in nearly 750 sessions. A number of sessions and workshops will focus on the meeting’s spotlight theme: Research Convergence for a Multi-Modal Future. The meeting is expected to attract more than 12,000 transportation professionals from throughout the United States and 70 other countries.