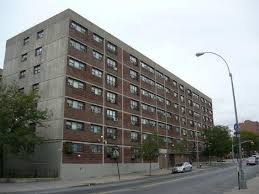 BRONX, N.Y., Sept. 21, 2015—U.S. Congressman José Serrano led the speeches on Wednesday, September 16, 2015 for a ribbon cutting ceremony at Plaza Borinquen 88, 483 East 138th Street, in the Mott Haven section of the Bronx to formally announce the completion of a $25.4 million deep repair and major renovation of the 88-unit affordable townhome community. “We all know New York is facing an affordable housing crisis. As developers continue building in the Bronx, we need to ensure our families continue to have access to quality housing that they can afford and still make ends meet. This important investment by The NHP Foundation and other private and public partners will help protect and enhance dozens of affordable housing units in Mott Haven.  I want to thank The NHP Foundation, the New York City Housing Development Corporation, the New York City Department of Housing and Preservation and Development, PNC Bank, and the U.S. Department of Housing and Urban Development for joining efforts. With $25.4 million in repairs and major renovations, this public-private venture is also a major boost to our local economy,” said Congressman José E. Serrano.

The New York City Housing Development Corporation (HDC) allocated $8.4 million in permanent financing from their tax-exempt bonds to facilitate the acquisition and renovation of the townhomes as low- and moderate-income housing. PNC Bank served as the Low Income Housing Tax Credit investor for Plaza Borinquen, providing $7.7 million in equity from the sale of tax credits allocated by New York City Housing Preservation (HPD). HDC and HPD provided a $1.9 City Capital Loan. The U.S. Department of Housing and Urban Development provided a 20-year Project Based Section 8 Contract in rental assistance to Plaza Borinquen, making the rents affordable for lower income families. This project would not have been possible without the support of all these participants.

Speaker Melissa Mark-Viverito said, “As costs of living in New York City rises, it’s imperative that we proactively protect affordability in our communities and ensure that residents can make ends meet in the neighborhoods they helped build. The rehabilitation of Plaza Borinquen will continue to provide more than 88 families with an affordable place to call home and will have a vibrant impact in the South Bronx. I thank The NHP Foundation, the city agencies, and the private companies that made Plaza Borinquen’s rehabilitation possible.”

“Plaza Borinquen is a wonderful example of the City’s commitment to ensuring community stability through housing preservation. Thanks to vital financing for this project, we can now celebrate the rehabilitation of long-standing buildings and the extension of housing affordability for low-income New Yorkers through the renewal of low-rent protections,” said HPD Commissioner Vicki Been.  “I would like to thank our partners in government at HDC and HUD, as well as The NHP Foundation, PNC Bank and all of our development partners for sharing our goal to keep New Yorkers in safe and affordable homes.”

Gary Rodney, President of HDC said “The homes renewed here today reflect the transformative vision of Housing New York. The City’s strategic investments in preservation provide stability to existing tenants while helping to safeguard the affordability and sustainability of our neighborhoods.  I thank all of our remarkable partners for their hard work on this project, and their ongoing commitment to working with us to make New York a more affordable and equitable city.”

“Preserving affordable housing in booming neighborhoods like the South Bronx is a vital anchor for longtime residents who have spent their whole lives working to improve their communities,” said HUD Deputy Regional Administrator Mirza Orriols. “With the capital repairs made to Plaza Borinquén and long-term rental subsidies HUD has provided, families can remain in an area of rapidly growing opportunity.”

John Ciardullo, original architect of Plaza Borinquen provided closing remarks. “Plaza Borinquen was conceived in my third year of graduate school at Harvard University. It was constructed in 1975 as part of an infill housing program to move people from substandard to new housing. Growing up nearby, in a family of four, living in a one bed-room apartment, I knew what people wanted. This project proved beyond a doubt that, if all aspects of the private/public continuum are addressed, even in low-income urban housing, people can be comfortable and in control of the spaces where their lives unfold. Plaza Borinquen is an environment where inner city residents can enjoy privacy within their homes and the free use of semi-public open spaces, while identifying with larger groups beyond the family, including those outside the community boundary.”

Headquartered in New York City with offices in Washington, DC, The NHP Foundation (NHPF) was launched on January 30, 1989. NHPF is a publicly supported 501(c)(3) nonprofit corporation founded to preserve and create affordable multifamily rental housing for low- and moderate-income families and seniors. In addition to providing safe, clean and affordable housing to its residents, NHPF has a robust resident services program known as Operation Pathways. Through partnerships with major financial institutions, the public sector, faith-based initiatives, and other nonprofit organizations, NHPF owns 32 residential properties with over 6,000 housing units in 13 states and the District of Columbia.