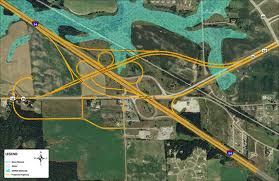 “Technology has advanced so significantly in this space that the days of using tables, spreadsheets and outdated CAD drawings to manage projects are over,” Mr Sumerling said.

“GIS technology has emerged as the silver bullet for engineers in all phases of a project lifecycle – including the initial design phase, asset management, predictive and corrective maintenance, and community consultation.

“The technology integrates data from a vast number of systems and sources to create a live, dynamic picture of a project and how it’s unfolding – providing a perspective which has previously been impossible to achieve.

“In South Australia in particular, with major infrastructure projects such as the South Road developments gathering momentum, this kind of insight is vital in providing firms hoping to win more projects with a competitive edge.”

“GIS technology enables real-time uploading of geographic data from the field into centralised repositories that are accessible through the web and smartphones,” Mr Sumerling said.

“This means staff can easily map operational data and visualise the relationships among assets and the surrounding environment.

“When applied to the planning, design and development processes of major projects, GIS technology provides a map-based, visual operating picture so managers can make more informed business decisions based on accurate, reliable and integrated data.”

Mr Sumerling said the use of GIS technology in major projects had changed dramatically in the past few years.

“For decades, engineers have used GIS technology during the earlier stages of the project lifecycle – particularly in site analysis,” Mr Sumerling said.

“We’re getting to the stage now where engineering firms that fail to implement GIS technology will be damaged by cost and efficiency barriers that remove their ability to remain competitive.”