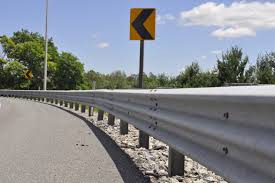 “The safety of the American public and the roads they travel on has been, and always will be, paramount to the Federal Highway Administration. This effort, the most thorough evaluation ever conducted of this particular roadside safety hardware, is one more step in a comprehensive approach by FHWA to protect drivers and their passengers,” FHWA Administrator Greg Nadeau said. “Now, after months and months of analysis, one thing is clear: we must fully implement the next generation criteria as part of our roadside safety efforts.”

AASHTO Executive Director Bud Wright said, “Task force members have identified a number of factors that contribute to the overall performance of roadside devices in real-world situations. AASHTO and its members will consider how to move forward based on the recommendations which include additional in-service evaluations of roadside devices, an expansion of the documentation of crashes and fully implementing the roadside safety guidelines identified in the AASHTO Manual for Assessing Safety Hardware (MASH). These are key steps in the on-going process of developing the next generation of roadside hardware.”

The initial data set included 1,231 crashes involving guardrails from multiple sources, including input received through the Federal Register notice soliciting crash data regarding the ET-Plus 4-inch terminal. Of the 1,231 crash cases, the Task Force focused on cases that provided sufficient information to allow task force members to evaluate the role the terminal played in the crash. The Task Force concentrated on crashes involving severe or fatal injuries, occupant compartment penetration or deformation, rollover, or crashes in which the outcome appeared to be unusual or extreme.

FHWA, representatives from state DOTs, and three independent experts participated in the Task Force’s efforts. The Task Force reviewed information from crashes that involved a range of terminals from multiple manufacturers.

Guardrail terminals are crash-tested in laboratory settings. The purpose of this task force was to evaluate how the devices performed in real-world conditions from actual crash data. The Task Force initially intended to review only the performance of the ET-Plus 4-inch terminal, but the data received included some information on other w-beam guardrail terminals as well.

The Task Force concluded that all extruding w-beam guardrail terminals that were evaluated and also meet National Cooperative Highway Research Committee Report (NCHRP) 350 crash test criteria have performance limitations under certain impact or installation conditions. The impact conditions found to affect performance of the class of devices include: side impacts; head-on/shallow angle, corner impacts (that is, head-on impacts that took place near the corner of a vehicle, such as the headlight area); and head-on/shallow angle, high-energy impacts.

The installation conditions found to affect performance include initial installation, maintenance or repair issues; grading issues; and placement of the guardrail terminal in a way that didn’t conform to accepted guidance and practice. These conditions are not directly addressed in the NCHRP 350 recommended crash test matrix for these devices.

The Task Force also analyzed national crash statistics to determine trend lines of fatalities involving guardrail ends. Comparing passenger car and light truck statistics from 2005 to 2008 and from 2009 to 2013, fatalities from crashes into guardrail ends declined 12 percent. During the past five years (2009-2013), an annual average of 63 fatalities involved collisions with all types of guardrail terminals, including those that pre-date the terminals that meet NCHRP 350 test criteria. In 2013, the latest year with a full data set, fatalities that occurred when vehicles hitting a guardrail end was the most harmful event in the crash represent 0.2 percent of total highway fatalities. One state (North Carolina), had data sufficient to evaluate a more complete picture of guardrail terminal crashes. During the past 14 years (from 2000 to 2013), 0.6 percent of guardrail end crashes in North Carolina resulted in a fatality; the vast majority of crashes (61%) involving guardrail ends resulted in property-damage only events.

Based on these findings, the task force recommends:

FHWA and AASHTO formed two joint task forces in early 2015 to examine some of the allegations about the ET-Plus guardrail system. In March, the first task force concluded that there was no evidence of multiple versions of the ET-Plus 4-inch device on roadways and that the terminals crash-tested at the Southwest Research Institute in December 2014 and January 2015 were representative of the devices installed across the country. The findings, conclusions and recommendations from the second joint task force, which reviewed the broad range of crash data from multiple sources to determine if extruding w-beam guardrail terminals had potential performance limitations, were made available to the public today at http://www.fhwa.dot.gov/guardrailsafety/safetyanalysis/.

AASHTO’s Manual for Assessing Safety Hardware (MASH) was published in 2009 to update guidelines for crash testing permanent and temporary highway safety features – including guardrail terminals – and recommends evaluation criteria to assess test results. The existing AASHTO / FHWA MASH Implementation Plan states that all currently installed highway safety hardware meeting NCHRP 350 criteria may remain in place and also that these devices may continue to be manufactured and installed. However, AASHTO and FHWA recommend that hardware tested under MASH should be considered for use within states as it becomes available. And, AASHTO and FHWA are working on an approach to fully implement MASH on new hardware installations. More information on MASH, http://safety.fhwa.dot.gov/roadway_dept/policy_guide/road_hardware/ctrmeasures/mash/.