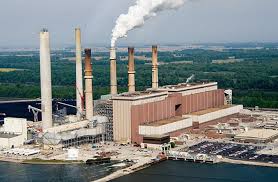 Duke recently shut down 11 of the 13 units, and under today’s settlement those shutdowns also become a permanent and enforceable obligation under the consent decree. At the remaining two units, Duke must continuously operate pollution controls and meet interim emission limits before permanently retiring them. In addition, the settlement requires that Duke retire another unit at the Allen plant, spend a total of $4.4 million on environmental mitigation projects, and pay a civil penalty of $975,000. The United States is joined in the settlement by co-plaintiffs Environmental Defense, the North Carolina Sierra Club, and Environment North Carolina.

EPA estimates that the settlement will reduce emissions by approximately 2,300 tons per year from the three Allen units, as compared to recent emission levels. With these additional retirements, total emissions from all 13 allegedly modified units – which were in excess of 51,000 tons in 2000 when the suit was filed – will be zero.

“This settlement brings five more power plants into compliance under EPA’s national initiative to cut pollution from the country’s largest sources,” said Cynthia Giles, assistant administrator for EPA’s Office of Enforcement and Compliance Assurance. “After many years, we’ve secured a strong resolution, one that will help reduce asthma attacks and other serious illnesses for the people of North Carolina.”

“The settlement announced today marks another milestone in our ongoing efforts to enforce the Clean Air Act and reduce air pollution from coal-fired power plants,” said Assistant Attorney General John C. Cruden for the Justice Department’s Environment and Natural Resources Division.  “This settlement is a just and fair resolution to this long-running enforcement action in which we alleged that Duke modified these plants in ways that significantly increased their annual emissions.  It is good news for the environment and public health in North Carolina.”

The United States initially sued Duke in 2000, and trial was set to begin in October 2015 following years of pre-trial litigation, including a landmark 2007 Supreme Court decision agreeing with EPA’s interpretation of the relevant Clean Air Act regulations modifications that increase the annual amount of pollution from a plant. Under the settlement, Duke must continuously operate existing equipment to control sulfur dioxide (SO2) and nitrogen oxide (NOx) emissions at two electricity-generating units at the Allen facility in Belmont, N.C., and meet enforceable emission limits, prior to permanently retiring both units in 2024. In addition, to help mitigate the harm from the alleged violations, the settlement also requires Duke to retire an additional unit at the Allen plant by 2024.

The settlement also requires Duke to spend at least $4.4 million to fund several environmental mitigation projects. These projects include restoring native wildlife and plants on National Park Service and Forest Service lands in North Carolina, a program to help North Carolina residents replace higher polluting wood stoves and fireplaces with cleaner burning alternatives and a program to increase the use of clean energy and energy efficiency measures in economically distressed communities. Other projects may include efforts towards increasing truck stop electrification and electric vehicle charging stations in North Carolina.

SO2 and NOx, two predominant pollutants emitted from power plants, have numerous adverse effects on human health and are significant contributors to acid rain, smog and haze. These pollutants are converted in the air to particulate matter that can cause severe respiratory and cardiovascular impacts and premature death.

This settlement is part of EPA’s national enforcement initiative to control harmful emissions from large sources of pollution, which includes coal-fired power plants, under the Clean Air Act’s Prevention of Significant Deterioration requirements. The total combined SO2 and NOx emission reductions secured from all these settlements will exceed 2 million tons each year once all the required pollution controls have been installed and implemented.

The settlement was lodged with the U.S. District Court for the Middle District of North Carolina and is subject to a 30-day public comment period and final court approval.

For more information on the settlement and to read the proposed settlement, visit:
http://www2.epa.gov/enforcement/duke-energy-corporation-clean-air-act-caa-settlement