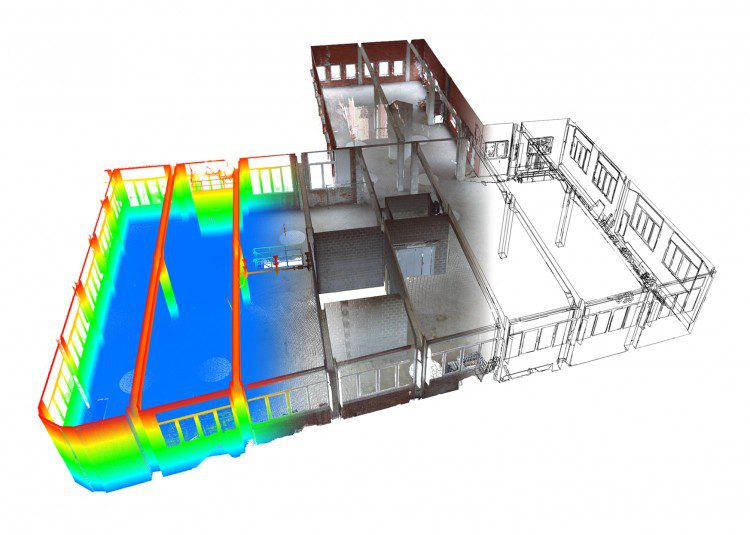 Shepperton Studios, London, Sept. 10, 2015—Arithmetica, the company behind the rapid point cloud processing solution Pointfuse, will be demonstrating the latest version of the software at Intergeo. Featuring a brand new version of the point cloud engine, Pointfuse is now capable of producing easy to use 3D models from billions of individual laser scan measurements in a matter of minutes. Additional functionality on display for the first time will also include brand new animation tools, an improved user interface and multiple work windows.

Visitors to the Arithmetica stand will also be able to get a sneak preview of Pointfuse Version 2. Featuring a completely re-engineered workflow and processing algorithms, Version 2 – due for general release in January 2016 – revolutionizes the way the point cloud software reproduces complex geometry such as curves and pipework.

Described by one early adopter as ‘Impressive; a giant leap forward’, the latest improvements to Pointfuse will be on show at Intergeo on the Arithmetica stand, Hall 6, Booth B6.049. Intergeo is the world’s leading conference and trade fair for geodesy, geoinformation and land management. Attracting more than 16,000 visitors from 92 countries, Intergeo takes place from 15 to 17 September in Stuttgart, Germany.

“With such a large audience, Intergeo is the perfect platform to launch to market the latest advancements in point cloud processing that we have introduced within Pointfuse,” commented Mark Senior, Business Development Manager for Arithmetica. “We are also really excited to get the market’s feedback on Pointfuse Version 2, which will be on show for the very first time.”

Pointfuse is a powerful modelling engine developed by Arithmetica, a hi-tech company based at Shepperton Studios.  Pointfuse gives professionals an astonishingly fast, precise and flexible way of converting the vast point cloud datasets generated by laser scanners or photogrammetry into high fidelity vector models. Designed for engineers, architects and construction professionals, Pointfuse uses advanced statistical techniques to create vector models which can then be manipulated using any industry-standard CAD system.

Arithmetica is an innovator in 360-degree imaging solutions and automated laser scanning data processing software.  Located at the world famous Shepperton Studios near London, Arithmetica is the company behind SphereVision and Pointfuse.Arithmetica is an inventive software house that develops ground breaking software solutions to solve real world scientific, medical and engineering problems. Arithmetica builds on more than thirty years of television and film production to develop software for clients around the world. Arithmetica solutions handle complex data rich information and are simple and easy to use.