Report Details the Cost of Infrastructure Project Delays Across the Nation 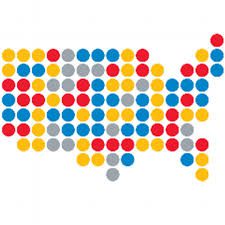 New York, NY, Sept. 2, 2015—Delays in approving infrastructure projects cost the nation more than twice what it would cost to fix the infrastructure, according to a new report released today by Common Good, the nonpartisan government reform coalition. Those approvals can take a decade or longer, and the report shows that a six-year delay in starting construction on public projects costs the nation over $3.7 trillion, including the costs of prolonged inefficiencies and unnecessary pollution. That’s more than double the $1.7 trillion needed through the end of this decade to modernize America’s decrepit infrastructure.

Titled “Two Years, Not Ten Years: Redesigning Infrastructure Approvals,” the report proposes a dramatic reduction of red tape so that infrastructure can be approved in two years or less. This can be accomplished by consolidating decisions within a simplified framework with deadlines and clear lines of accountability. The White House Council on Environmental Quality (CEQ), for example, should have authority to draw lines on the scope of environmental review. To cut the Gordian knot of multiple permits, the White House needs authority to resolve disputes among bickering agencies.

The report comes as the federal government considers funding for infrastructure projects, but funding alone is not sufficient. Even fully-funded projects have trouble moving forward. In 2009, America had the money (over $800 billion in the economic stimulus package) but few permits. In its five-year report on the stimulus, released in February 2014, the White House revealed that a grand total of $30 billion (3.6 percent of the stimulus) had been spent on transportation infrastructure. In the current legal quagmire, not even the President has authority to approve needed projects.

The report also comes as Americans are increasingly frustrated with the federal government’s inability to improve the nation’s infrastructure. A nationwide poll of U.S. voters conducted for Common Good in June by Clarus Research Group found that 74 percent of voters would be more inclined to vote for a candidate for President who promised to take charge of federal infrastructure reviews to speed up the process; 79 percent of voters think there are no good reasons for infrastructure delays, which are mostly viewed as an example of wasteful and inefficient government.

In analyzing the costs of delay, the report includes the direct costs (legal, administrative, and overhead), the opportunity costs of lost efficiencies during the years of delay, and the environmental costs of antiquated infrastructure during the delay. These costs are estimated for electricity transmission, power generation, inland waterways, roads and bridges, rail, and water.

“The upside of rebuilding infrastructure is as rosy as the downside of delay is dire,” said Philip K. Howard, Chair of Common Good. “America can enhance its competitiveness, achieve a greener footprint, and create upwards of two million jobs. Americans clearly want infrastructure improvement – not further waste and inefficiency. The question is: Will the federal government make it happen?”

The full report is available at www.commongood.org.