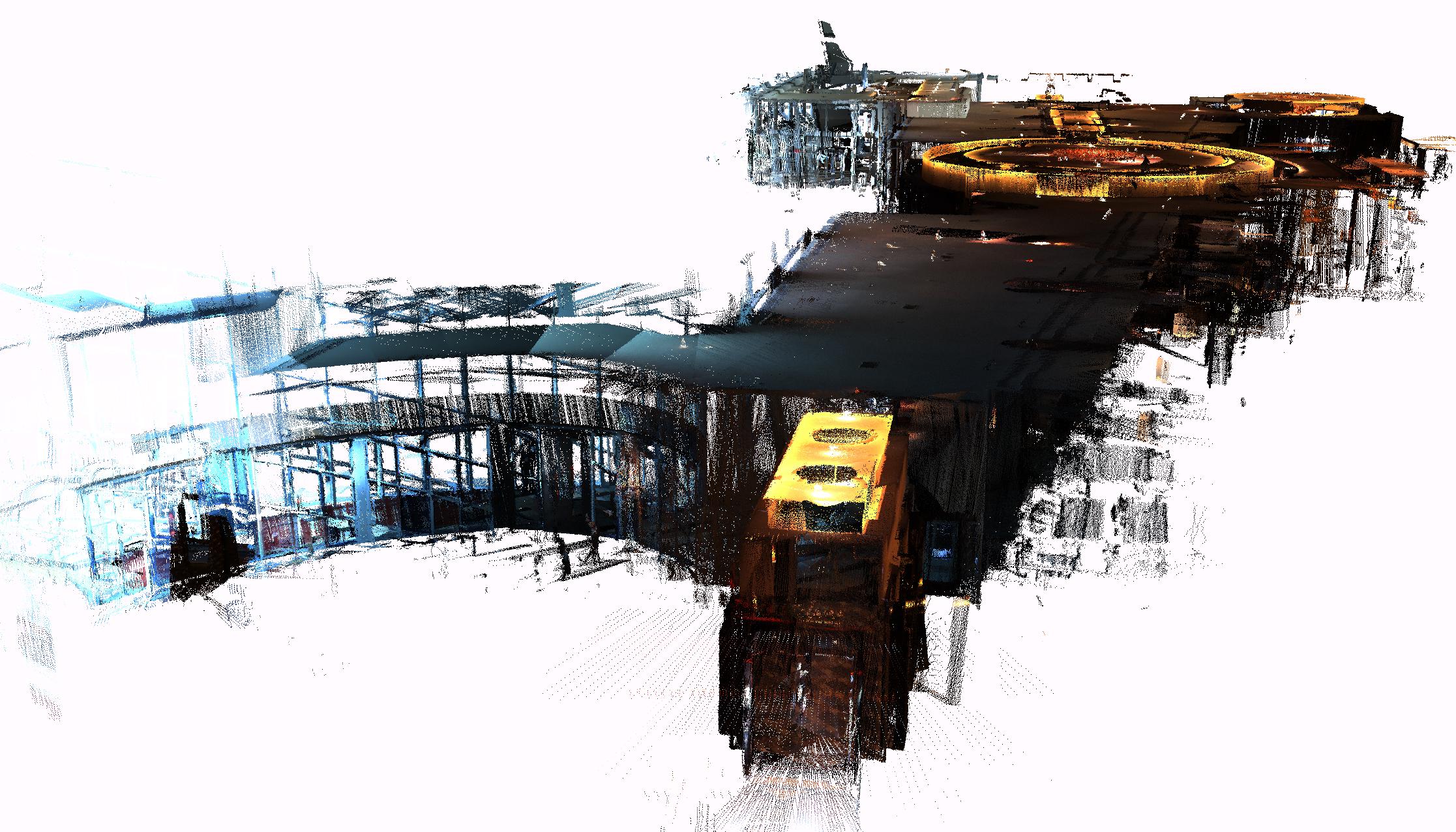 VIAMETRIS keeps innovating with a new generation of the iMMS, now called “iMS 3D”. With its brand new design, the iMS 3D is easier to transport, install, and set up. The iMS 3D also integrates new sensors including the Ellipse-A from SBG Systems.

Based on the SLAM technology, the iMS 3D is equipped with three LiDARs profilers, each taking 40,000 points per second. The main LiDAR provides the horizontal profile, which also contributes to the continuous calculation of the iMS 3D position in the building. The other two lateral LiDARs give vertical profiles including the ceiling. While the user walks, pushing the iMS 3D at normal speed, the 3D profile of the room appears on the screen since the system records 3D measurements of the same room. Easy to manipulate, one person is enough to survey every corner of the building with the iMS 3D.

During the survey, the 360° camera takes a spherical picture every two meters for a full documentation of the building. This solution makes indoor survey ten times quicker than traditional methods usually using distancemeters. The iMS 3D delivers the best combination of point density, acquisition speed, and accuracy for the building trade industry.

At the office, the user accesses a centimeter-level accuracy 3D survey as a point cloud (and pictures) by using the VIAMETRIS processing and browsing software. The user can import the point cloud in his favorite CAD software (Autodesk Revit, AutoCAD, MicroStation, Rhino, etc.) to easily produce 2D maps or 3D models. Indeed, the point cloud can be colorized with the colors of the pictures taken during the survey, which greatly improves the environment understanding. Additionally, the user has access to contextual 360° pictures, making objects such as radiator, extinguisher, or lights simple to distinguish and locate.

Already integrated in other VIAMETRIS ultraportable technologies, the Ellipse-A, has been chosen for this new generation of iMMS. “We integrated an Ellipse-A in our 2D system and were very happy with the results. It was obvious to us that the Ellipse-A will be part of our new iMMS” declares Je´ro^me Ninot, President of VIAMETRIS. The Ellipse-A is used to correct the horizontal profile. While the user is pushing the iMS 3D through the rooms, unevenness, slopes and ramps, cables or door thresholds, can cause some noise in the point cloud. The Ellipse-A keeps the point cloud clean by correcting the horizontal LiDAR data frames used in particular to build the trajectory. The Ellipse-A is a powerful miniature Attitude and Heading Reference Sensor (AHRS) which provides roll and pitch data accurate to 0.2° at 200Hz. “The Ellipse sensors are much more efficient than the previous IG-500 product line” states Mr. Ninot.

Keeping LiDAR and Camera data precisely synchronized can be difficult because the camera focal time is susceptible to vary. In mobile scanning, even a slight latency might cause an offset. For example, the picture will not be located on the right place inside the point cloud. VIAMETRIS decided to connect the camera and the three LiDARs to the Ellipse-A to ensure a highly accurate and repeatable synchronization.

Founded in 2007, VIAMETRIS develops innovative technologies in the whole scope of mobile 2D/3D scanning (coutinuous) and automatic data recognition. Always researching shortcuts to increase technologies approaches, calculation principles and usability of solutions such as end-to-end design as well, VIAMETRIS quickly dreams up and establishes a cutting-edge technology that brought it at the forefront of the global mapping industry. With the constant evolution of advanced know-hows in robotics, VIAMETRIS develops products more and more effifficient and accurate, standing in the best price / performance ratio, through the range of indoor and outdoor mobile mapping systems (carts, man-portable devices, vehicles, UAV). Website: http://www.VIAMETRIS.com