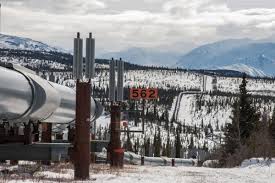 WASHINGTON, D.C., Sept. 8, 2015—Enmapp, a leading pipeline services company based in Calgary, has replaced its proprietary GPS handhelds with TerraGo Edge® and Eos receivers. TerraGo Edge is a mobile GPS data collection platform which seamlessly integrates with the Eos Arrow series of GNSS receivers to bring advanced sub-meter and centimeter real-time accuracy to any smartphone or tablet.

Enmapp provides data collection services to energy companies for pipeline construction and maintenance. Prior to TerraGo Edge, Enmapp relied on all-in-one GPS handheld devices, but became convinced the cost, features and performance were increasingly out of line with the mobile revolution fueled by Apple and Android solutions. After an extensive evaluation, Enmapp selected TerraGo Edge and Eos Arrow 100 receiver for a field trial so they could compare their performance against the GPS handhelds.

After downloading the app on the crew’s iPads and pairing the Eos Arrow 100 via Bluetooth, they were up and running within minutes. The results were astounding. Not only did the Eos GPS receiver meet the GPS handheld’s accuracy requirements, in some cases it was much better. The efficiency of the crews was far superior with the native iPad features of TerraGo Edge, versus the old-style stylus and PDA screens of the legacy equipment. The labor costs were also reduced because they were able to use real-time GPS from the Eos Arrow 100 and reduce post-processing. Enmapp declared TerraGo Edge and Eos the clear winner, and have now deployed TerraGo Edge on all field personnel iPads, along with a Bluetooth-connected, sub-meter GPS receiver, the Eos Arrow 100.

“The hardware savings are enormous with the new GPS kit at less than $10,000 compared to the old kit which was over $70,000. But the ongoing reduction of project labor costs is even more valuable over time,” said Lance Fugate, Program Manager at Enmapp. “The cost reductions and efficiency improvements are a game-changer for us. As our industry continues to look for innovation from its service providers, TerraGo Edge enables us to deliver more efficiently. We can pass these savings directly to our customers with each and every future project.”

Try the TerraGo Edge iOS or Android app for free.

All product names and trademarks are the property of their respective owners.

TerraGo develops software applications and mobile apps that make it easy for our customers to collect data, share information and work together anywhere, any time.    From sharing feature-rich maps and imagery to deploying on-demand apps for a mobile workforce, TerraGo builds intuitive products that enable collaboration from any place on the planet.

Founded in 2005, TerraGo invented the industry’s most widely adopted geospatial collaboration technology with its innovative GeoPDF products and is revolutionizing field data collection with its TerraGo Edge mobile platform.

TerraGo’s customers include the world’s leading defense and intelligence departments, government agencies, non-profits and commercial enterprises in every industry, with over 2,000 global customers based in over 70 countries and all 50 US states.

Eos’ Chief Technical Officer, Jean-Yves Lauture, is the “father of high-accuracy Bluetooth GPS”. He designed the pioneering SXBlue series product line that resulted in thousands of receivers being fielded for more than a decade.