In 2012, U.S. Ocean and Great Lakes Economy Grew Much Faster than Overall GDP 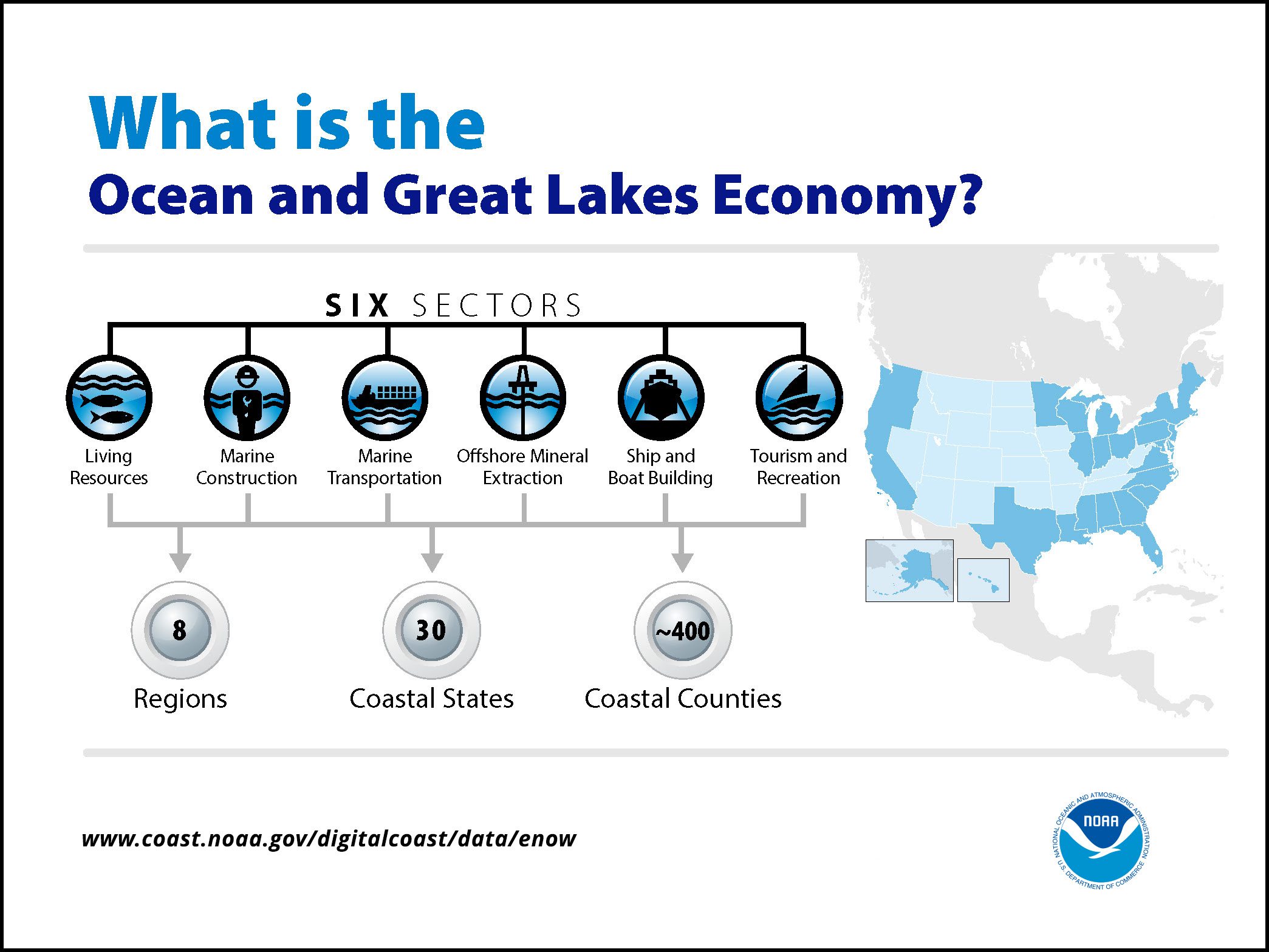 The U.S. ocean economy outpaced the domestic economy between 2011 and 2012, with an increase of $22 billion in gross domestic product, from $321 billion to $343 billion, according to a new NOAA analysis.

Adjusting the figures to remove the effects of inflation, this increase equates to a 10.5 percent rate of growth—more than four times as fast as the U.S. economy as a whole. The report is based on 2012 U.S. national economic statistics released in August 2014.

“The oceans and Great Lakes benefit Americans from all across the country, no matter where they live, even if it’s not near the coast,” said Jeffery Adkins, an economist in NOAA’s Office for Coastal Management. “We fish from their waters, vacation along their coasts, ship cargo on their surface, and extract oil, gas, sand and gravel from their seafloors. By showing how the oceans and Great Lakes contribute directly to the economy, this kind of data can help decision makers protect these resources and use them wisely.”

According to the report, additional key coastal economic 2012 facts included:

In addition, the U.S. ocean and Great Lakes economy is a strong contributor to the economy of many states:

This information was derived from NOAA’s Economics: National Ocean Watch (ENOW) data set. ENOW provides time-series data on the ocean and Great Lakes economy and is available for counties, states, regions, and the nation in a wide variety of formats. These data feature nationally consistent information that helps users understand and manage the diverse economic demands placed on the oceans and Great Lakes.

NOAA’s mission is to understand and predict changes in the Earth’s environment, from the depths of the ocean to the surface of the sun, and to conserve and manage our coastal and marine resources. Join us on Twitter andFacebook.