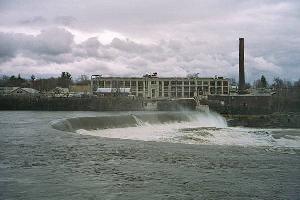 Hudson River, N.Y. — The Hudson River Natural Resource Trustees (National Oceanic and Atmospheric Administration, U.S. Department of the Interior and the State of New York) released an injury determination report finding that the tested groundwater of three towns is sufficiently contaminated that it exceeds groundwater standards. The report is part of the Trustees’ efforts to measure natural resource injuries from General Electric’s (GE) release of hazardous substances to the Hudson River from its manufacturing facilities in Hudson Falls and Fort Edward, N.Y. The Comprehensive Environmental Response, Compensation and Liability Act gives Natural Resource Trustees the authority to measure harm to natural resources, including the land, fish, wildlife, biota, air, water, and groundwater.

The release of hazardous substances — specifically polychlorinated biphenyls (PCBs) and volatile organic compounds (VOCs) — have caused repeated and prolonged exceedances of New York State groundwater standards for both substances in Hudson Falls and Fort Edward, N.Y., and the exceedance of the PCB groundwater standard in Stillwater, NY. Groundwater provides significant economic and ecological services to the public. The ability to use these services has been and continues to be severely curtailed as a result of the PCB and VOC releases. With this report, Trustees confirm this groundwater contamination is an injury to natural resources.

In Fort Edward and Hudson Falls, PCBs and VOCs reached the groundwater from decades of spills and leaks in the delivery, use, transfer, and storage processes at GE’s facilities. Concentrations of these hazardous substances, measured in sampling wells, have been thousands of times higher than New York’s groundwater standards. Groundwater contamination in Stillwater occurred because the well field connects hydraulically to the Hudson River. This allowed contaminated river water to contaminate the aquifer soils with PCBs, which in turn contribute PCBs to the groundwater.

This injury determination report follows other Trustee reports that assessed how PCBs have restricted fish consumption and injured resident waterfowl, surface water resources, and navigational services. These are part of a broader investigation carried out by governmental agencies that seek to recover damages to restore the natural resources of the Hudson River.

The Trustees will use this injury determination report to inform the restoration work needed to compensate the public for this loss. The Trustees may seek to restore this injury to groundwater through the Natural Resource Damage Assessment and Restoration process by, for example, seeking to protect areas that naturally filter groundwater or by making improvements to drinking water infrastructure.

To access the report and for more information, visit the Hudson River Natural Resource Trustee websites: