Report Shows a Big Return on Investment with Digital Coast 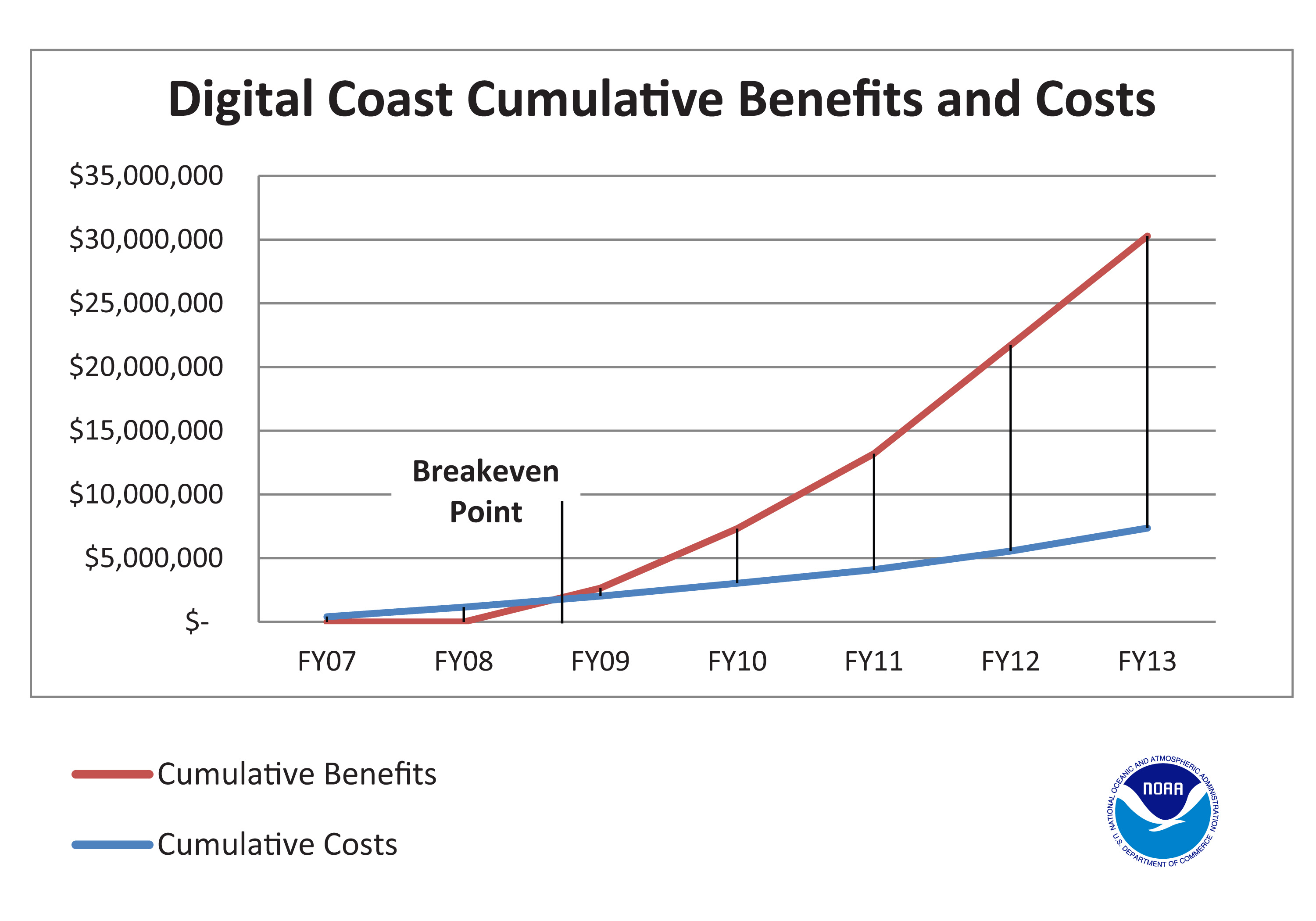 Launched in 2007, Digital Coast features data, tools, training, and information for those who help keep U.S. coasts safe from storms, economically strong, and rich in natural resources. According to a 2015 report, Digital Coast not only provides an impressive return on investment for taxpayers but also is recognized by users as essential in upping the quality of their work.

The Projected Benefits and Costs of the Digital Coast report showed that from fiscal year 2007 to fiscal year 2013, the site’s benefits exceeded investment costs by a margin of 3 to 1, with net benefits of $25 million.

By 2028, Digital Coast is projected to provide a net benefit of $117 million, realizing a return on investment of 411 percent. In addition, a survey of 197 Digital Coast users revealed that 75 percent of respondents’ projects could not have been completed with such a high degree of quality if Digital Coast did not exist.

“The benefits of Digital Coast just keep climbing higher with every passing year,” says Nicholas “Miki” Schmidt, chief of the Science and Geospatial Division of the National Oceanic and Atmospheric Administration (NOAA) Office for Coastal Management, which manages the site with input from the Digital Coast Partnership.

“This study tells us that the Digital Coast return on investment is a great deal, both for its users and for the U.S. taxpayer,” adds Schmidt.

This report was conducted by NOAA and The Baldwin Group, and it incorporates the results of a survey conducted by the National States Geographic Information Council, a Digital Coast partner. A previous cost-benefit report was published in 2012.

NOAA’s mission is to understand and predict changes in the Earth’s environment, from the depths of the ocean to the surface of the sun, and to conserve and manage our coastal and marine resources. Join us on Twitter and Facebook.