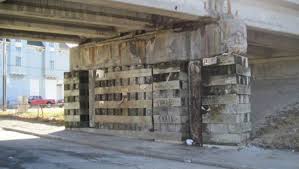 The Rhode Island Department of Transportation (RIDOT) announced that it has completed the accelerated inspection of 230 structurally deficient bridges by the promised mid-August timeframe. The program resulted in the emergency closure and accelerated reconstruction of the Park Avenue Bridge in Cranston; emergency lane closures and repairs at the Pawtucket Avenue Bridge in East Providence, and the Mineral Spring Avenue Bridge in Pawtucket; and minor repairs at more than two dozen other structures around the state.

The program was initiated after four separate bridge issues were reported in just eight weeks earlier this year. In the interest of public safety, the Department began the program in May, with the goal of inspecting each bridge by the middle of August. The last inspection was completed on August 14.

“As we focus on rebuilding our infrastructure, our top priority is keeping Rhode Islanders safe,” Governor Gina M. Raimondo said. “This accelerated inspection program helped us get engineers on the ground to put eyes on every one of our structurally deficient bridges. This is just the type of quick, coordinated action we needed to understand exactly what condition our bridges are in, and to move forward with plans to address the problem head on.”

“Given what I saw in my first eight weeks, I suspected that there were other bridges that needed to be addressed,” RIDOT Director Peter Alviti Jr. said. “While the results are certainly not surprising, they helped us target several structures that needed immediate attention before a larger problem developed.”

Among the most serious findings was the Park Avenue Bridge, which was closed in June after an inspection found significant deterioration in the bridge’s timber deck. The bridge was opened less than a month later following an emergency repair contract, and remained the only structure closed because of the accelerated inspections.

Other significant findings include:

* A total of 28 bridges with inspections that resulted in “critical findings” – recommendations for immediate corrective action. The majority of these involved the removal of loose concrete from various bridge components.

* The Pawtucket Avenue Bridge in East Providence – continued deterioration of the pier columns required the Department to install timber shoring beneath the structure.

* Mineral Spring Avenue Bridge in Pawtucket – significant deterioration was found in the stone supports that comprise the arch of the bridge, prompting a temporary 18-ton weight restriction and narrowed lanes until the repairs are complete.

While not part of the special inspections, RIDOT in the past several weeks discovered other bridge deficiencies through the course of its regular inspection program. This yielded two significant findings:

* The Miantonomi Bridge in Richmond – cracks were found in the plates that cover the floor beams of the bridge, requiring an ongoing emergency repair contract.

* Lafayette Railroad Bridge in North Kingstown – a bridge inspection revealed severe steel deterioration of the bearing areas over the structure’s exterior beam pedestals. RIDOT restricted travel on both shoulders of the bridge to keep vehicles off those portions of the bridge.

Not everything that was reported required closures or emergency repairs. RIDOT’s Highway & Bridge Maintenance crews have been out making short-term corrective actions – such as chipping away loose concrete – continuously as inspection data was reported back to the Department.