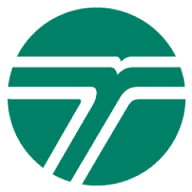 DUPONT – For drivers who travel through the Joint Base Lewis-McChord (JBLM) corridor, a new traffic flow map showing Interstate 5 and arterial roads is now available to help them make informed route decisions.

In an effort to give military personnel, base employees and area residents a way to gauge traffic flow around JBLM entrance and exit gates along I-5, the Washington State Department of Transportation worked cooperatively with JBLM officials to install a traffic detection system that uses anonymous Bluetooth technology to show real time traffic conditions. The Bluetooth data are displayed on the map alongside the I-5 radar detection system.

“Military personnel can now see at a glance which gates have backups, and choose a less congested gate,” said WSDOT Freeway Operations Manager Tony Leingang. “Our goal is to have JBLM traffic enter the freeway more evenly dispersed along the corridor, which helps I-5 traffic.”

The new traffic flow map, which is also available on the WSDOT mobile app, includes sections of Steilacoom-DuPont Road and Center Drive in DuPont, giving residents a new way to know which ramp is less congested.

In addition to traffic flow maps, WSDOT offers many tools and resources to help drivers such as WSDOT’s travel alerts,construction update webpages, and the WSDOT mobile app, which includes statewide traffic cameras, travel alerts, flow maps and more. Smart phone users only need to type in the term “WSDOT” in Google Play or the App Store to download the WSDOT application to get this same information on your phone.