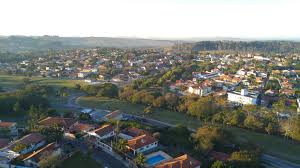 Stuttgart / Karlsruhe – The worldwide trend towards urban growth is changing the way of life in built-up areas. Environmental and traffic issues are pressing, and sustainable urban development and solutions for a climate-friendly energy supply are required. This year’s INTERGEO host city Stuttgart is taking the future into its own hands. Founded in 2001, Working Group Geoinformation Systems of Stuttgart (GIS AG) already has its sights set firmly on the city’s future needs and is ensuring it’s one step ahead with interactive city maps packed with geoinformation.

Stuttgart is growing – and will continue to do so for the foreseeable future, as newcomers flock to the region’s urban capital city. The number of inhabitants in the region has increased from 2.4 million in 1990 to 2.7 million today. Thus Stuttgart is in line with the general trend – both in Germany and worldwide. This steady influx and concentration of populations presents challenges for urban areas and public administration. Stuttgart’s authorities were quick to realise this and forged action plans addressing mobility, energy and a sustainable living environment. “And we lay the foundation for each of these spheres,” says Markus Müller (47), head of the geoinformation and cartography department at the City Surveyor’s Office. Müller wants to see Stuttgart’s immense geoinformation data put to the widest possible use. He believes that the move towards the intelligent city (or smart city/city of tomorrow, as they are also known) is only a matter of time.

Intelligent cities arise as data and information networking increases between different areas of activity and their citizens embrace the innovative concepts on offer. Geoinformation is and will remain the basis for the work and decisions of the often complex channels of action. This means the geoinformation and cartography department is frequently called upon – whether it’s for a simulation of the different planning options for a new city headquarters in the heart of the city, long-term monitoring of the building works related to the Stuttgart 21 infrastructure project, implementing traffic concepts in the congested regional capital or planning affordable living.

Dynamic, interactive maps are the aim

Müller and his team are on a mission to bring geoinformation into wider circulation and further optimise the local authorities’ workflows – for use as a perfectly tailored information system for professional administrators, as a public information tool, and as an increasingly important preparatory aid for political decision-making. GIS-AG was founded in Stuttgart in 2001 to accomplish this task, and by now it encompasses 15 specialist departments and municipal enterprises. Stuttgart’s city website looks absolutely packed with geoinformation – the city map alone covers around 70 subject areas such as nature and the environment, leisure and culture, mobility and traffic, and planning and construction. “The city map scores a lot of hits, probably also due to its accessibility on all platforms,” Müller says. The city map is just one piece of the puzzle in the “Stuttgart Maps” project, which is aimed at making geographical information increasingly accessible to the public. The idea is to offer more and more data and to construct dynamic, interactive maps from the city plans in order to make the city truly intelligent.

Müller predicts that “the automatic capture of sensor data and the visualisation of real-time data will continue to increase as intelligent cities develop”. In relation to energy, this could mean interactive evaluation and visualisation of the potential uses for waste-water heating, or dynamic representations of the city’s energy consumption or heating requirements. Traffic flow could be visualised and the spread of emissions depicted. “Once the foundation has been laid, ways can be found to optimise these systems and manage their success,” says Müller, which is how the city of tomorrow gradually gets smarter and smarter.

The topic of smart cities is set to characterise INTERGEO next year as well. INTERGEO’s host city for 2016, Hamburg, is already seeking intelligent concepts for the cities of tomorrow – just like those already in use in Berlin, the host city for INTERGEO 2017.

The Regional Capital City of Stuttgart’s Working Group on Geoinformation Systems (GIS-AG) is appearing at INTERGEO, with ten departments and municipal enterprises from Stuttgart’s public authorities showcasing innovative applications and solutions using geoinformation systems. The GIS-AG will be at stand C8.025 in Hall 8.

INTERGEO, which consists of a conference and a trade fair, is the world’s largest event for geodesy, geoinformation and land management. It is held every year at different venues in Germany. The conference deals with current issues from politics, administration, science and industry, and is visited by around 1,400 participants. At the last leading trade fair, more than 17,000 visitors from 90 countries discovered the latest innovations from 516 companies in 30 different countries. Internationalisation is steadily increasing – in 2014, approximately 40 percent of exhibitors and 35 percent of visitors came from outside Germany.

Visitor, exhibitor and exhibition area statistics for INTERGEO are calculated and certified in line with the standardised definitions of the FKM (Society for the Voluntary Control of Fair and Exhibition Statistics).