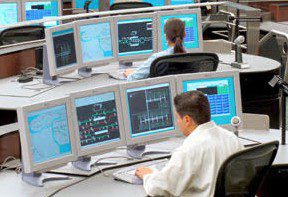 Siemens has been awarded a $156 million (130 million euros) contract by the Metropolitan Transportation Authority (MTA) to install Communications-Based Train Control (CBTC) on the Queen Boulevard Line, one of the busiest subway lines on the New York City Transit system. The radio-based CBTC technology provides real-time data on vehicle position and speed conditions, allowing system operators to safely increase the number of vehicles on a rail line. This results in greater frequency of train arrivals and allows MTA to accommodate more passengers on its system. The CBTC technology reduces the amount of wayside equipment and, as a result, reduces maintenance costs and service disruptions. Additionally, the technology precisely locates each train on the tracks and controls speed, improving safety for riders and employees.

Siemens is supplying the onboard equipment for a total of 305 trains and installing the wayside signaling technology at 7 of 8 field locations. Through automated signals and sensors throughout the line, the CBTC technology provides continuous updates on system status that results for fewer delays and up-to-date travel information shared with riders via public address systems, electronic screens and mobile applications. The system also reduces the amount of wayside equipment and employs back-up systems, resulting in fewer instances of service disruption and greater reliability.

With a length of around 43 kilometers, the Queens Boulevard Line is the second longest line in the New York subway network. It has 25 stations, from Jamaica Station in the Borough of Queens in the east to Manhattan, the center of the New York business world. Many commuters use the line to travel to work from their homes in the suburbs and, with a daily volume of over 250,000 passengers, it is one of the most heavily used lines in this metropolis.

Every day, over five and a half million passengers ride the over 100-year old New York City subway system. To keep pace with the increasing number of passengers, the system is continuously being modernized. In addition to the new system on the Queens Boluevard line, Siemens successfully installed CBTC technology on MTA’s Canarsie “L” line that operates from Chelsea (Manhattan), through Williamsburg to Canarsie (Brooklyn). The automation technology has allowed MTA to handle and sustain increasing ridership on the line over the last 20 years.

Siemens CBTC solution Trainguard MT is the most extensively deployed automatic train control system and is used by more than 20 metro operators around the world including Paris and Beijing. This is Siemens’ fifth CBTC project in the U.S.