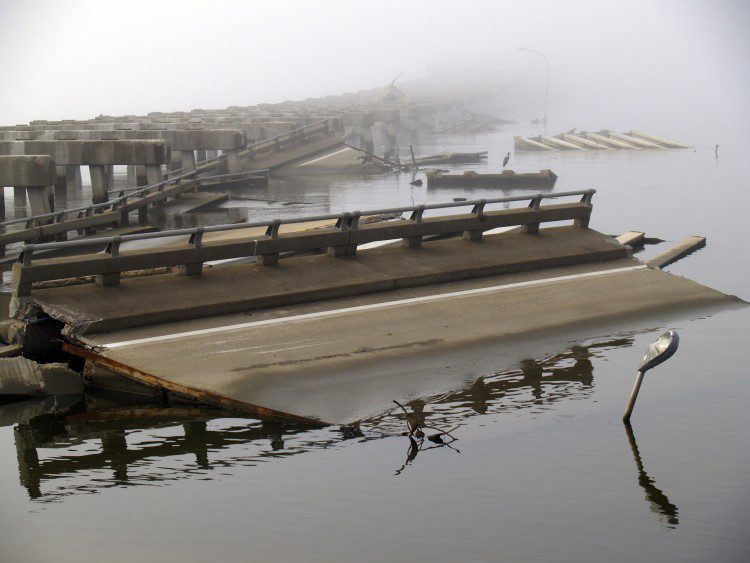 Biloxi, Miss.—With its 120 mph winds and 28-foot storm surge racing towards the Gulf Coast, Hurricane Katrina made landfall on August 29, 2005, causing more than $1 billion in damage to Mississippi’s transportation infrastructure. Both the Biloxi Bay and Bay St. Louis Bridges were damaged beyond repair. The loss of the bridges disconnected coastal communities, adding to the long road of reconstruction the residents already faced.

“Seeing these huge concrete and steel structures lying in the water, end over end, was to me as an engineer one of the most graphic displays of the hurricane’s strength,” said Wayne Brown, Former Southern Transportation Commissioner.

The Mississippi Department of Transportation (MDOT) and the Federal Highway Administration (FHWA) funded most of the Katrina repair and cleanup five months after the storm and worked quickly to repair these bridges, vital to rebuilding of the Gulf Coast.

“Restoring mobility along the Gulf Coast was possible because of the efforts and hard work of many. MDOT workers were on the scene the day of the hurricane, the day after the hurricane and for days, weeks, month and years following,” said Melinda McGrath, MDOT Executive Director. 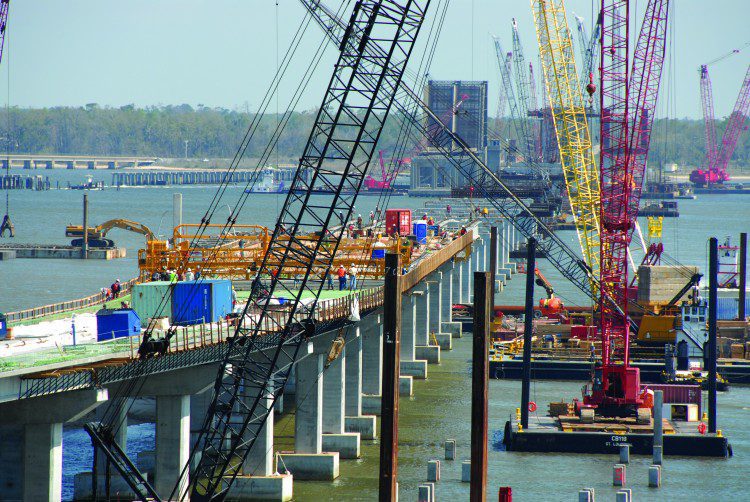 While the bridges provide the necessary infrastructure for the coastal communities, they also highlight Mississippi’s commitment to the arts. Using salvaged bearing plates from the old bridges, local artists created drawings that were transformed into bronze relief plaques depicting life on the Mississippi Gulf Coast. Artwork is installed every one-tenth of a mile on the pedestrian lane of each bridge, linking the past and the present, renewing the spirit of the region and its residents.

“We all knew the bridge would be our link to true recovery. It was built for the future, and it has given us hope that we can build our town back for the future,” said Hancock County Chancery Clerk, Tim Kellar.

MDOT will thank the community for their efforts following the storm and honor the artists chosen to have their work featured on the bridges on Saturday, August 29, 2015, from 1:00 p.m. until 3:00 p.m. at the Ohr-‘Keefe Museum of Art Katrina+10 Exhibit located at 386 Beach Boulevard in Biloxi. Admission to the museum will be free from 1:00 p.m. until 5:00 p.m.

Learn more about MDOT’s story following the destruction of Hurricane Katrina at the Katrina +10 exhibit, download vital hurricane prep resources and find information on the book, Bridging the Road to Renewal: Katrina +10 atwww.GoMDOT.com/hurricanes.