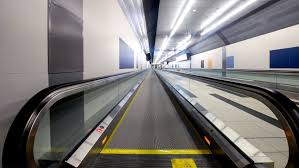 TORONTO, July 30, 2015—Arup, a multidisciplinary engineering and consulting firm with a reputation for delivering innovative and sustainable designs, celebrated the official opening of the Billy Bishop Toronto City Airport Pedestrian Tunnel in Toronto on Thursday, July 30, 2015.

The project was procured by owner-operator PortsToronto as a public-private partnership (P3) structured under a design-build-finance-maintain model with Forum Infrastructure Partners. In this capacity, Forum acted as lead developer, with PCL Constructors Canada Inc. as design-builder, Arup as lead designer, Technicore Underground Inc. as tunnel contractor, and Johnson Controls as facility manager. In collaboration with design-build lead PCL, Arup was the lead tunnel designer for the project, including the temporary support and the permanent lining design, and also provided technical support and general review services during construction.

Built under the Western Gap of Toronto Harbor on Lake Ontario, the $82.5M P3 project connects the Billy Bishop Toronto City Airport to downtown Toronto. Arup designed the tunnel as well as the mainland shaft situated six meters from the water’s edge, and the island shaft, the mainland terminal building and the connection to the existing airport terminal on the island side. The airport remained open and uninterrupted during all stages of construction.

Arriving passengers enter the mainland terminal lobby to take one of the six elevators to go down 32m to enter the 186-meter long, 11-meter-wide, 9.5-meter high elliptical pedestrian tunnel. On the island side escalators and elevators will take the passengers back to ground level to the island lobby.

Arup performed all numerical analyses for temporary support of drift bores and main tunnel excavation activities, in addition to the final lining of the main tunnel. The 10-meter cut diameter of this tunnel makes it one of the largest tunnels to be constructed in shale bedrock in the greaterToronto area. Arup monitored movements in the shafts, drift tunnels, and main tunnel excavation, which enabled design requirements to change to better suit the project.

“Arup developed the design to meet PortsToronto’s aim for a world-class facility while working closely with project partners to make the tunnel efficient to build and operate,” said Jon Hurt, principal of Arup. “As lead designers, we accessed the full extent of our resources to design a project that has successfully accomplished an underwater pedestrian airport tunnel for the first time in this region.”

The tunnel won the 2014 Canadian Tunneling Association’s 2014 Canadian Project Award, and the Specialist Tunnelling Project of the Year from the International Tunnelling and Underground Space Association. It was selected because it is the first time in Canada that an innovative pre-support technique was used to drill seven 1.85m-diameter interlocking drift bores above a main tunnel crown using tunnel boring machines. It was also selected because of the coordination it took to perform tunneling logistics on a congested site; because of the numerical analysis Arup performed to validate the temporary and permanent tunnel lining design; and because of the research and use of a proprietary concrete-mix design technology for drift bore backfill concrete that allowed project flexibility during construction.

Now in its 15th year in Canada, Arup is also currently involved with the design delivery of several major complex infrastructure projects reaching critical milestones this quarter, including design for two stadia and the velodrome for the 2015 Pan Am Games in Toronto; the revitalization of Queens Quay on the Toronto waterfront, the Bergeron Centre for Engineering Excellence at York University; and the New Champlain Bridge, a PPP bridge replacement project over the St. Lawrence River inMontreal.

About Arup
Arup is the creative force at the heart of many of the world’s most prominent projects in the built environment and across industry. Its engineers and consultants deliver innovative projects across the world. Arup opened its first North American office 25 years ago and its first Canadian office in 1999, and now employs 1,000 in the Americas. The firm was founded in 1946 with an enduring set of values that fosters a distinctive culture, intellectual independence and collaborative approach. The people at Arup are driven to find a better way to deliver better solutions for their clients. (www.arup.com)