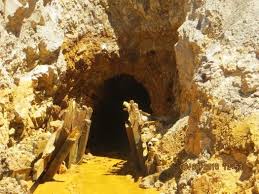 WASHINGTON – The Department of the Interior has asked the Bureau of Reclamation to lead Interior’s independent assessment of factors that contributed to the August 5 Gold King Mine incident in Colorado. Interior was asked to conduct the assessment by the Environmental Protection Agency to review the cause of the incident and provide recommendations to prevent future incidents from occurring.

“The Bureau of Reclamation is well-suited to head up this independent technical review on behalf of Interior,” said U.S. Deputy Secretary of the Interior Michael L. Connor. “Reclamation is already active in the watershed and understands the issues. Reclamation is also credited with fast action in response to the spill by doubling water releases from the Navajo Dam on the San Juan River to dilute the spill as it moved its way down the river system.”

Reclamation will rely upon the expertise of its Technical Service Center in Lakewood, Colorado, to conduct the independent review and will involve other Interior Department bureaus in the activity. Reclamation Commissioner Estevan López also announced today it has reached an agreement with the U.S. Army Corps of Engineers to conduct an assist and peer review of Reclamation’s research and findings.

The Department of the Interior expects it will be able to deliver its final report to EPA by late October.

Reclamation is the largest wholesale water supplier and the second largest producer of hydroelectric power in the United States, and it is known worldwide for expertise in the development and operation of water infrastructure across 17 Western states.