In a recent research study from the MIT Concrete Sustainability Hub, respondents were asked their decision-making process to address energy efficiency and sustainability on their design of residential structures. The research evaluated the impact of design decisions from construction through operation, maintenance, repair and replacement, and end of life.

Questions tried to pinpoint how decisions were made to understand when such decisions can best be influenced. New lifecycle- and cost-assessment tools were introduced to take a more-holistic approach toward greenhouse-gas mitigation and overall building energy efficiency.

The research found that the early stages—the planning stages prior to conceptual and schematic design—are critical periods in the decision-making process. Codes and standards are just beginning to incorporate building materials into their frameworks, but with a further focus on the lifecycle, better decisions will be made based on cost, performance and environmental impact.

Read the research at http://cshub.mit.edu/sites/default/files/documents/The%20decision-making%20process%20in%20the%20design%20of%20residential%20structures.%20Mar.._.pdf.

The Minnesota Department of Transportation installed hundreds of sensors on the I-35W St. Anthony Falls Bridge to understand its performance. It has been five years since the bridge began operation, and findings from actual conditions and performance aren’t close to modeled laboratory results.

The goal was to detect potential problems with the bridge bearings and identify potential changes in the bridge’s long-term behavior. Specifically, sensors were set up to measure the long-term deformation of concrete over time due to sustained loads (creep) and the shrinkage of concrete due to loss of moisture. Both of these expected changes came to a standstill during Minnesota’s cold winters and were accelerated during the summer months.

Sensors indicated that models overestimated shrinkage strains by more than 50 percent, and creep strains also were overestimated. The sensing and detection of short- and long-term changes will continue on the bridge, aiding bridge inspection and maintenance as well as helping improve the design for similar future bridges. 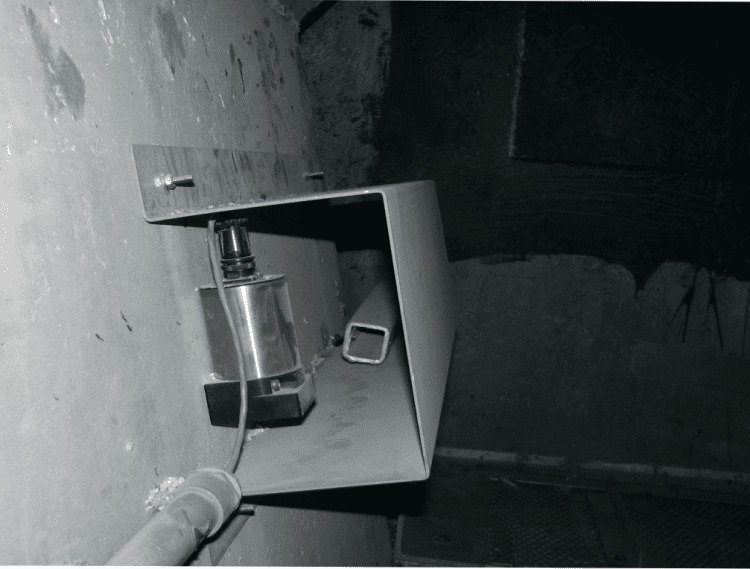 The monitoring system on the I-35W St. Anthony Falls Bridge used hundred of sensors, including this linear potentiometer to provide detailed data regarding the bridge’s expansion and contraction.

Concrete is the world’s most-popular building material, but it’s prone to cracking, and if water infiltrates the cracks and corrodes the steel reinforcements, then the structure collapses. To combat this catastrophic tendency, researchers at Delft University of Technology in The Netherlands created a bioconcrete mixture that adds bacteria as a healing agent.

Researchers chose bacillus bacteria coupled with calcium lactate as a food source, which was then embedded in biodegradeable plastic capsules within the concrete. When water reaches the capsule, it dissolves and the bacteria activates, creating a calcite (limestone) material that repairs and reinforces the strength of the concrete.

The bacteria is remarkable for its ability to thrive in an alkaline environment as well as its ability to survive for decades without food or oxygen.

Read more about this research HERE. 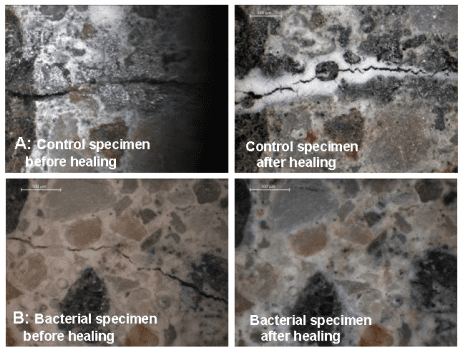 Light-microscope images show control and bacterial concrete specimens, showing that healing took place inside the crack of the bacterial specimen.

World Gets Boost in Solar Power

The pace of solar-power capacity continues to accelerate, with total install at 100 times the capacity of 2000. Renewable-energy advocates are declaring a tipping point, with the continued drop in price, acceleration of installed capacity, and ongoing innovations in technology.

In 2014, 40GW of solar power was installed, with a global capacity of 178GW to date. SolarPower Europe reports on this rise and the role that Europe plays in the global market. Europe continues to dominate with overall installed capacity, but the pace has slowed as government incentives dried up. 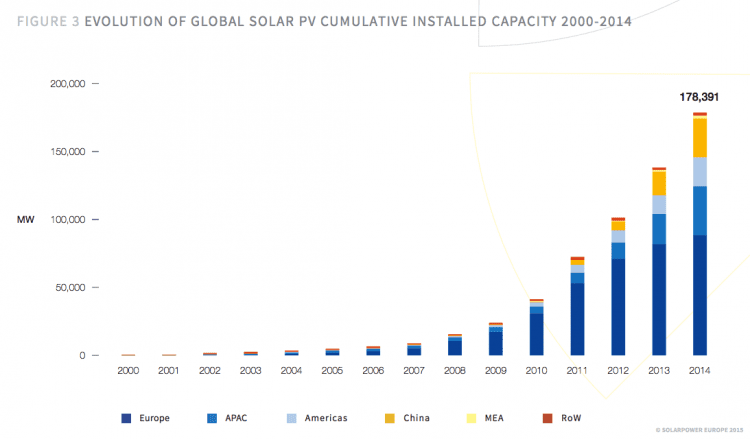 The following are the top stories from the last few months (in terms of traffic) on the <I> Informed Infrastructure<I> Web-site. This also reflects the key coverage areas that are regularly refreshed via Twitter (@iinfrastructure) and our weekly e-newsletter.