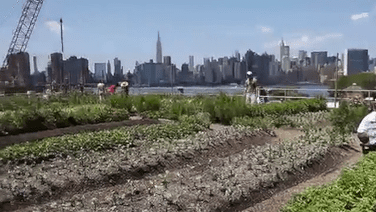 MINNEAPOLIS/SAINT PAUL Aug. 11, 2015—The University of Minnesota has received a $12 million dollar award from the National Science Foundation (NSF)  to bring together a unique network of scientists, industry leaders, and policy partners committed to building better cities of the future.

Directed by Anu Ramaswami, professor at the Humphrey School of Public Affairs at the University of Minnesota, with co-directors Patricia Culligan at Columbia University and Armistead Russell at Georgia Institute of Technology, the network will connect across nine research universities, major metropolitan cities in the U.S. and India, as well as infrastructure firms, and policy groups. The project includes 25 faculty members across the nine universities, and will involve more than 40 graduate students conducting research in cross-university inter-disciplinary teams.

The network is the first of its size to focus on ways to reimagine infrastructure—energy grids, road networks, green spaces, and food and water systems—to create cities that are highly functional, promote the health of residents and the environment, and have that intangible “vibe” called livability, that makes cities desirable places to live and work.

Estimates indicate that by 2050, three billion more people will live in cities, resulting in two-thirds of the world’s population inhabiting urban areas. A majority of the future infrastructure required to accommodate that growth has yet to be built, or will need to be rehabilitated from existing systems. With business-as-usual trajectories, such growth will continue to exert tremendous pressure on water, energy, and land resources, creating traffic congestion, air pollution, and urban inequity that already affects the health of millions of urban residents today.

“We have to think in new ways about a city’s physical infrastructure to develop sustainable solutions,” says Professor Anu Ramaswami, of the Humphrey School of Public Affairs at the University of Minnesota, who is lead investigator and director for the project. “Understanding that these systems are interconnected, serves as a foundation for this work. For example, urban farms wouldn’t work very well without thinking about water, energy, and transportation infrastructure, as well as people, markets, and policies.”

Funded by the NSF’s Sustainability Research Network (SRN) program, the project, titled “Integrated Urban Infrastructure Solutions for Environmentally Sustainable, Healthy, and Livable Cities,” will focus on a new movement gaining momentum in cities around the world toward “distributed,” or more local, infrastructure. Until now, development trends have resulted in very large infrastructure systems—large power grids, large roadway networks, complex systems that pipe water from distant rivers, and supply food from faraway states and countries. Emerging trends suggest cities may be better off building more local systems—urban farms, local solar generation, bike share systems, and more. This network will try to identify the best mix of local and large to achieve urban sustainability, health and livability goals, by examining infrastructure in diverse cities in the U.S. and India. The team will also explore the public attitudes and policies that can help achieve such urban transitions.

“We are a global and urban research university committed to help build better cities,” said University of Minnesota President Eric Kaler, “We’re proud to have our faculty members lead this partnership. Together, scholars, community, industry and policy experts will create a powerful network to identify workable solutions for the challenges facing the world’s cities.”

The university researchers will collaborate with cities, policy organizations, and industry partners, so that the solutions developed are practical, and can immediately be put into action in cities around the globe. Each of the nine universities—UMN, Columbia University, Georgia Tech, Colorado State University, Florida State University, Indian Institute of Technology-Madras, Ohio State University, University of Michigan, and University of Texas-Austin—is working with their local city, as well as with industry partners such as Ecolab, Xcel Energy, and ICF International. In addition, the network’s policy partners such as ICLEI USA, the National League of Cities, and the International City/County Management Association will assist with disseminating research findings to more than 29,000 partners in the U.S. and globally.

Humphrey School Associate Professor Yingling Fan, a co-investigator on the project, notes that “our project presents an exciting new networked model for research and education, where students, faculty, and professional partners from the different universities will take courses together, and, work together to study infrastructure solutions in different cities.”

For more information about the project, including the work of individual researchers at partner universities and a complete list of network partners, visitsustainablehealthycities.org.

Anu Ramaswami is the Charles M. Denny Chair Professor of the Science, Technology, and Environmental Policy Program at the Humphrey School and a resident fellow at the Institute on the Environment.
Leads at the nine universities in this network include: