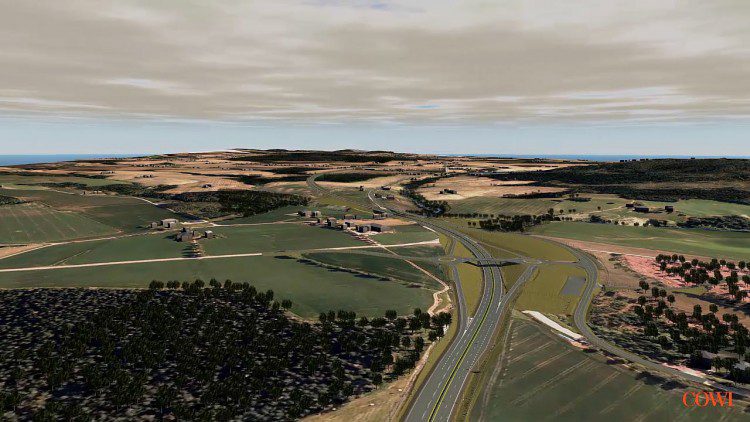 Headquartered in Denmark, with approximately 6,000 employees worldwide and offices in 24 countries on four continents, COWI is a consultancy company servicing engineering, environmental-science and economics disciplines that has carried out more than 45,000 projects in 175 countries.

COWI Norway, with 1,200 employees, is one of the country’s largest consultancy firms, and clients expect the firm to deliver large, complex projects, as it has has specialists in almost every engineering discipline. Consultants create a link between owners and contractors, transforming their visions into buildable objects.

A New Approach with BIM

COWI Norway had used a combination of 2-D and 3-D tools on infrastructure projects, tapping into GIS data to create a series of 2-D maps to help track and understand existing conditions across route sections. The company created 2-D maps of most of a route and then developed 3-D visualizations of key segments, but the 3-D aspects proved to be quite time consuming.

The largest contract for a road project that NPRA ever announced, E16 runs between Norway and Sweden, and it requires careful route planning due to many areas of unstable clay soil. One of the largest project challenges is the sheer scope and length of the road, from Nybakk to Slomarka:

The project also comprises a diverse landscape that entails geotechnical and flooding challenges, and colleagues in India needed to apply new engineering techniques and tools. Deliverables were to be provided in 3-D, according to the BIM manual V770, and there was to be a lot of engagement—meetings with clients, politicians, county officials and municipalities, and landowners.

The project is in a preliminary stage with a 10-percent cost accuracy. Deliverables include a zoning plan and BIM model, which has been used throughout the project to communicate with clients, stakeholders and colleagues.

Due to the project’s size and complexity, the enormous amount of data to be created, and the dispersed teams, COWI Norway chose to implement tools that enable a BIM process, such as Autodesk InfraWorks 360, Autodesk AutoCAD Civil 3D and Novapoint 19 software. This experience provided many valuable benefits that helped optimize the design, the most important being able to link geometric models with information necessary for collaboration among the different disciplines, clients and contractors.

With a more-accurate understanding of existing conditions, COWI Norway provided informed recommendations to its client, who can more easily understand and respond to information. An example of the data used to create the model can be seen in the video below.

Greater Efficiency in Planning and Design

COWI Norway was able to add a large variety of data from existing databases, survey data and records into the program, resulting in a unified data model that can be used by everyone during the project. This provided a mutual standpoint to place and consider a route, and engineers were able to craft a 3-D model of terrain conditions along the proposed path.

Before using InfraWorks, getting to this stage required several added weeks. Because of improved data collection and BIM software, the project’s initial route was changed to a more expedient one.

“This is a big project, and there is a lot of data—GIS information and project information—that needs to be combined into models,” says Gjermund Dahl, a BIM coordinator with COWI Norway. “By using the Autodesk InfraWorks 360 platform, we had the ability to combine large amounts of data and a lot of different types of data.

“Making that happen in a drawing in earlier projects was very hard, but getting all this type of information now into InfraWorks 360—in a BIM model—makes it a lot easier,” he adds. “We have one model that every project member or discipline can contribute to in one place as well as sharing data within the cloud. That’s very new to us.”

There are many factors that planners need to consider when making a new design. The following are a few examples from the E16 project:

“One of the datasets we loaded into InfraWorks 360 contains data of a 200-year flood,” adds Dahl. “We inspect swamped areas to make sure the road is sufficiently elevated. We also investigate opportunities for avoiding areas where clay requires extra work to ensure stability. The 3-D model helps us locate an expedient route more quickly.” 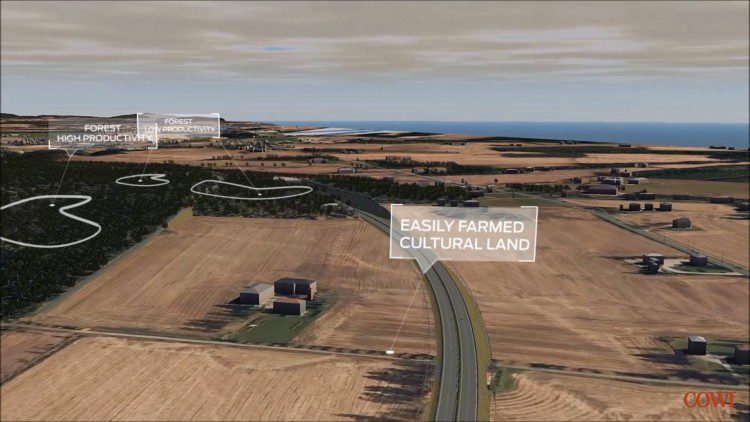 COWI Norway’s three-part process for working with the model to arrive at zoning plans and projected costs includes the following: 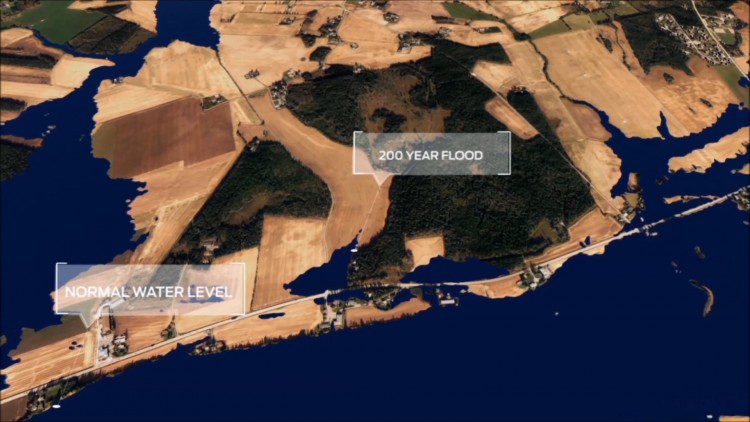 Continuously syncing work across teams is easier because data are available in the cloud. This is critical for success when collaborating among different disciplines, teams in different locations, and with external design teams or contractors. CREDIT: COWI Norway / Norwegian Public Road Administration

In the first meeting with the client, three weeks after the project was won, COWI Norway presented a 3-D model with the project area’s existing conditions as well as the road that was planned in an earlier stage. The existing model contained many of the project’s preconditions (e.g., natural environment, flooding, geotechnical analyses, etc.), providing a good basis for future decision making.

The 3-D model then was used to draft proposals with the client and stakeholders. The model was brought to meetings, during which different options and proposals were discussed and changed. The different proposals then were synced with the rest of the COWI design team and refined before the next meeting. As different parts of the model were developed, the design team refined them from concept to detailed design.

The detailed design model was based on disciplinary and existing-situation models. Each discipline made its model in their preferred software and then imported it into InfraWorks 360 to show the project’s detailed design in an easily recognizable visual environment: 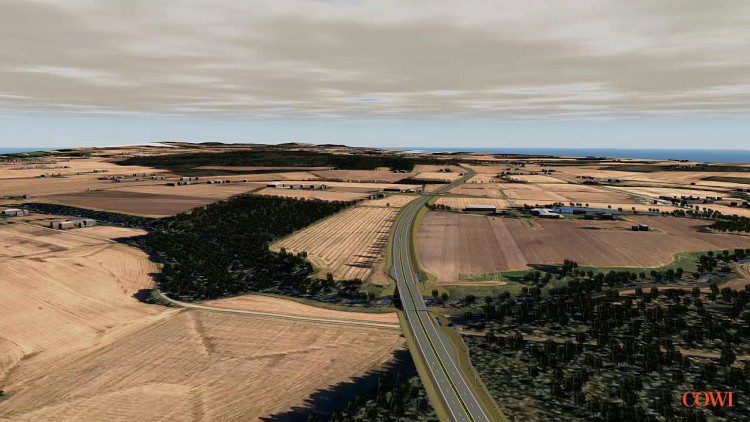 COWI Norway now uses the InfraWorks model when communicating with the client. At regular sessions, the team presents its work by conducting a model fly-through, allowing the local government and public to be involved in a major way.

Based on customer feedback, the team modified the design, with changes applied in real time during meetings. Everyone on the project team, including the client, has instant and continuous access to the latest, updated model. For example, the client was trying to decide between a tunnel and overpass on a key portion of the road. The model was able to show both versions immediately, revealing the overpass to be clearly superior. Such a decision takes weeks employing older methods, but with tools for 3-D modeling and visualization, the client was able to decide in hours.

Also, COWI Norway likes to use cloud-based tools to help maintain the model. Clients can inspect a view-only version of the model at any time, and engineers can sync their work with contributions made by other team members. Using the cloud makes it easier to work together.

“We have used many Autodesk software products in Norway,” notes Frode Bjoervik, project manager, COWI. “We were introduced to InfraWorks 360 when we started the E16 project and were very impressed—especially by the way the program handled different sources of data, how easily we could do sketches, and how easy it is to take it to a meeting and show it to our clients to get the approval we need.” 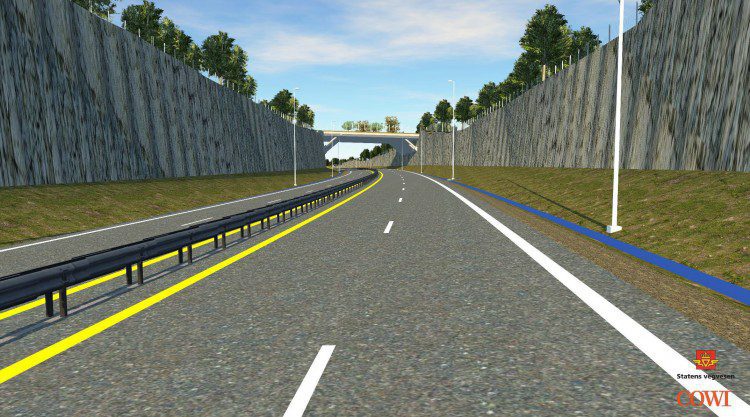 BIM Is the New Normal

Looking beyond the E16 project, BIM tools will play a key role in COWI’s workflow. The company has been able to create a better preliminary design in less time, thanks to InfraWorks 360, which results in saving time and money. It’s now using the software on larger transportation projects.

Before access to BIM technology and workflows, there wasn’t a feasible method to bring together and visualize existing-conditions information for large infrastructure projects. It has been a “eureka” experience.

COWI Norway is investigating where it can stretch BIM capabilities to win work, and recently it took advantage of 3-D modeling and visualization tools to do more than just plan and visualize.

“With minimum effort, we can create persuasive proposals when bidding on projects,” says Bjoervik. “In Norway, you can find a great deal of survey data online. We pull the relevant dataset into InfraWorks 360 and create a 3-D model that describes what we want to achieve. Prospective clients can see our ideas and how we will present them. It’s helping us win bids.”

There following are infrastructure projects where COWI Norway is incorporating BIM workflows:

Five years ago, COWI Norway delivered complex 3-D models, but they were delivered by 3-D specialists. As soon as a change had to be made, it took weeks to revise. But today, engineers and planners can go to a customer or project meeting, and make changes directly during the meeting. For COWI Norway, BIM processes are the present as well as the future. 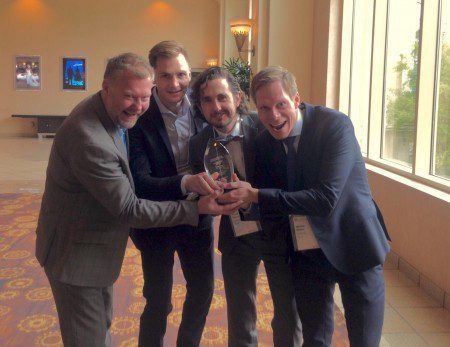 COWI won the Visualization award in the 2014 Excellence in Infrastructure competition, giving the company and its projects global visibility on BIM best practices.

Marius Sekse is a landscape architect and BIM strategist at Oslo-based COWI, Norway.