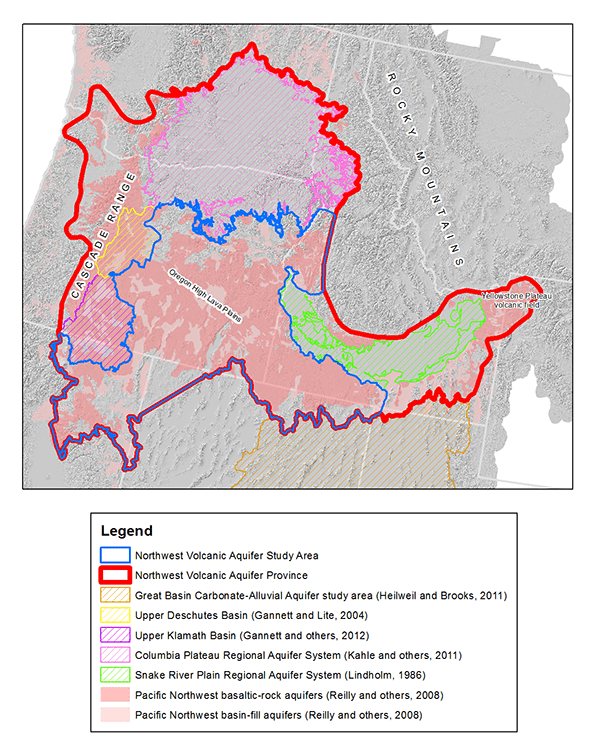 PORTLAND, Ore., Aug. 5, 2015—A new study now underway by the U.S. Geological Survey is exploring the groundwater resources and geothermal energy potential in drought-stricken areas of eastern Oregon and nearby parts of California, Idaho and Nevada. Volcanoes are associated with vast amounts of geothermal energy and lava-flows form many of the Pacific Northwest’s most important aquifers, potentially the only reliable source of high-quality water during periods of drought.

“The research encompasses large areas that have been under drought conditions for several years and data acquired by the study will aid water managers in their efforts to meet the needs of water users in these areas,” said Erick Burns, USGS scientist and project chief for this study.

Geothermal power is a renewable low-carbon-emission energy option for the Northwest. Unlike solar and wind energy, which are intermittent resources that provide variable amounts of power depending on time-of-day and time-of-year, geothermal energy is potentially important for its ability to provide a source of continuous, around-the-clock electricity.

“Previous assessments have identified this region as having high potential for geothermal development, but large portions of the region have yet to be characterized in detail,” said Jonathan Glen, USGS Geothermal Project Chief. “The current study seeks to advance the understanding of where geothermal heat may be efficiently utilized.”

Groundwater is integral to geothermal energy production and the study will also collect additional information on the groundwater resources in the Northwest Volcanic Aquifer system. Much of the region is semi-arid with few large streams, which leads to considerable dependence on groundwater for irrigation and public water supplies.

Potential impacts from groundwater and geothermal development affect not only water users, but also the groundwater-dependent ecosystems that occur throughout much of the area. The study aims to compile critical information that will aid water managers in balancing the demand and impact from future development.

The first study results, summarizing estimates of groundwater quantity by sub-region, are expected for publication near the end of 2016.

To learn more about the study, please visit the Joint Groundwater and Energy Study website.