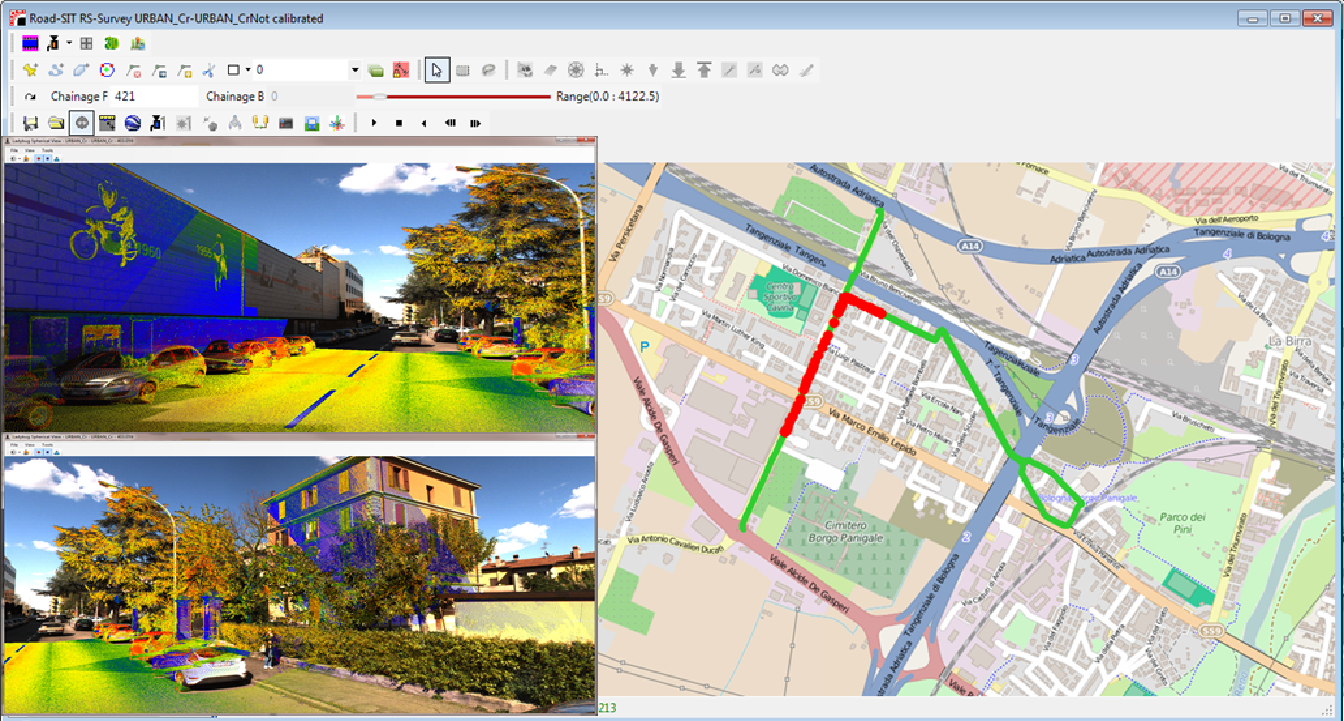 Bologna, Italy, August 5, 2015—Siteco has released a new Road-SIT Survey Software release featuring many important improved functions to speed up the drawing of 2D and 3D maps, plus a revolutionary philosophy by giving the user complete control of the geographical context. The software is fully compatible with most mobile mapping systems (MMS) like Leica Pegasus, Riegl VX450, Teledyne Optech’s Lynx, Topcon IPS3, Trimble MX series and many others. It is also a standard software deliverable with any of Siteco’s RoadScanner systems.

The new user interface features include direct connection with Google Maps and OpenStreetMap, a fully immersive effect thanks to the Ladybug spherical view with the point cloud top view interaction, powerful snapping functions to speed up feature extraction, search and load roads by road name or by map, export imagery and point clouds in almost any format, automatic generation of cross sections and top view georeferenced bitmaps as an Ortophoto.

“This is a very powerful new set of  tools,” says Ing Augusto Burchi, Siteco’s CEO, “producing a GIS top view of the entire survey, with immediate possibility to access and distribute the project.”

The new software is available immediately to MMS operators.

About Siteco srl- A unit of the Gavio Group, one of Italy’s top industrial groups, Siteco was established in 1995 as a civil engineering infrastructure, software and technical consulting firm. In 2005 they developed the first scalable, high performance fully integrated mobile mapping system and have since then been delivering the most flexible roadway management mobile mappers in price, performance and software flexibility on the market.