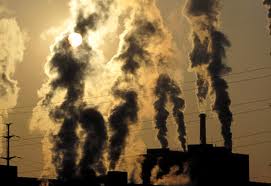 “The U.S. Conference of Mayors congratulates the Obama Administration on issuing the Clean Power Plan that will reduce Greenhouse Gas (GHG) Emissions from new and existing energy utilities. The Mayors of this nation applaud the Administration for making this significant step and look forward to reviewing the final rule.

“Cities have been leading the way since 2005 with over 1,000 Mayors pledging to reduce their carbon emissions below 1990 levels through their efforts to increase energy efficiency and renewable energy, retrofitting lights and buildings, reducing waste, increasing recycling efforts, and reducing landfill emissions.

“The Mayors of this nation look forward to working with their states and engaging more with the utilities to implement sustainable GHG emission reductions that will not only protect the environment but also realize cost savings for consumers and businesses in their communities.”

The U.S. Conference of Mayors is the official nonpartisan organization of cities with populations of 30,000 or more. There are nearly 1400 such cities in the country today, and each city is represented in the Conference by its chief elected official, the mayor. Like us on Facebook at facebook.com/usmayors, or follow us on Twitter at twitter.com/usmayors.