/ Column / Oversite: Summer Tours Reveal a Nation on the Build

Oversite: Summer Tours Reveal a Nation on the Build 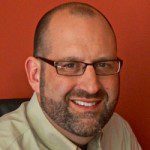 Taking a nice long road trip this summer? The lower price of gas makes this annual pastime all the more pleasant, and it’s a great way to see the sites and gauge the nation’s pulse. As you travel the highways, you’ll get a firsthand feel for what’s working (and what’s not).

Of course, you’ll want to avoid construction zones, but as of this writing, our lawmakers still are debating extension of the Highway Trust Fund. Given this impasse, many states have curtailed construction until there’s clear indication they can pay for projects. There’s growing frustration that there’s little movement to action despite mounting evidence that the failure of the gas tax to keep up with inflation, and maintain the quality of our infrastructure, is leading to a need for major highway-funding reform.

Making It to Market

As you pass miles of maize, contemplate the investments made to ensure that output from farmers makes it to market. Hopefully, you won’t spend too much time waiting for mile-long trains that are the envy of the world in terms of their efficient freight-carrying capacity.

You might be forced to wait for a bridge closing, and here’s hoping that it’s one of the many barges that bring commodities to market, rather than a flotilla of pleasure craft. Keep in mind that a single 15-barge tow is equivalent to about 225 railroad cars or 870 tractor-trailer trucks.

As you look at the quality and efficiency of our transportation, and perhaps lament a bumpy ride or wince as you travel over a bridge that clearly needs repair or replacement, you’ll be certain that today’s tools and technology, along with the skills of your peers, are up to addressing such deficiencies.

The Federal Highway Authority is doing its part to foster change with the Everyday Counts Initiative aimed at more-efficient project delivery with fewer interruptions. This initiative has enabled many innovative solutions, including the funding of bridge projects that use Self Propelled Modular Transporters, such as on the Rawson Avenue Bridge project detailed on pg. 20.

This project’s offsite construction of the bridge superstructure allowed the interstate highway to be closed for only 12 hours, and the road above was only closed for three weeks, mostly due to a roadway-widening project that extended the timeline. This and other means for accelerated bridge construction are making fans within the engineering community as well as the traveling public.

Innovations also are taking a more-pragmatic turn at the larger scale of statewide transportation planning, where many states adopted a prioritization strategy that looks at least-cost analysis. This move to value engineering is less about dollars saved and more about dollars stretched to do more.

The connection between the quality and efficiency of infrastructure and economic growth has become more apparent in the absence of significant investments. A recent article from <I>Bloomberg Business<I> (<I>bloom.bg/1JKlYQe<I>) compared the economic gains that Denver received from its investment in a new airport to that of New Jersey, which decided against accepting funds for a much-needed additional transportation tunnel to Manhattan.

In Denver, the airport proved to be an economic engine since its bold inception in the early 1990s, and it soon will be connected via an extensive light-rail network, adding to its convenience. The state of New Jersey, meanwhile, recently revisited the rejected plans and is moving forward on construction. That added tunnel, with its upgraded engineering, would’ve been a helpful asset during Superstorm Sandy.

Although there may not be a direct correlation between these projects and each state’s economic performance and employment numbers, it’s not a major stretch to see how forward-looking policies and the easing of mobility make for a happier and wealthier constituency.

One state that’s moving boldly forward on next-generation infrastructure investments is California. Construction has begun on its decades-planned and sometimes-controversial high-speed rail line, which promises to bring true high-speed rail to a car-centric culture. The increased cross-state connections with minimal emissions feels like the proper step for the times.

On water infrastructure, the state is hurting from the prolonged drought that continues to force curtailed water consumption. At the center of ongoing dialog are the stormwater designs of the past that channel what little rain is received out to the ocean. Read about important mandated design changes that are focused on infiltration on page XX.

Whether we’re forced to adjust our approach due to funding gaps or changing natural conditions, the pressures provide a compelling challenge that calls for innovation. So during your travels, look a little closer at your neighboring states’ infrastructure, and see if you can come back inspired to try something new.