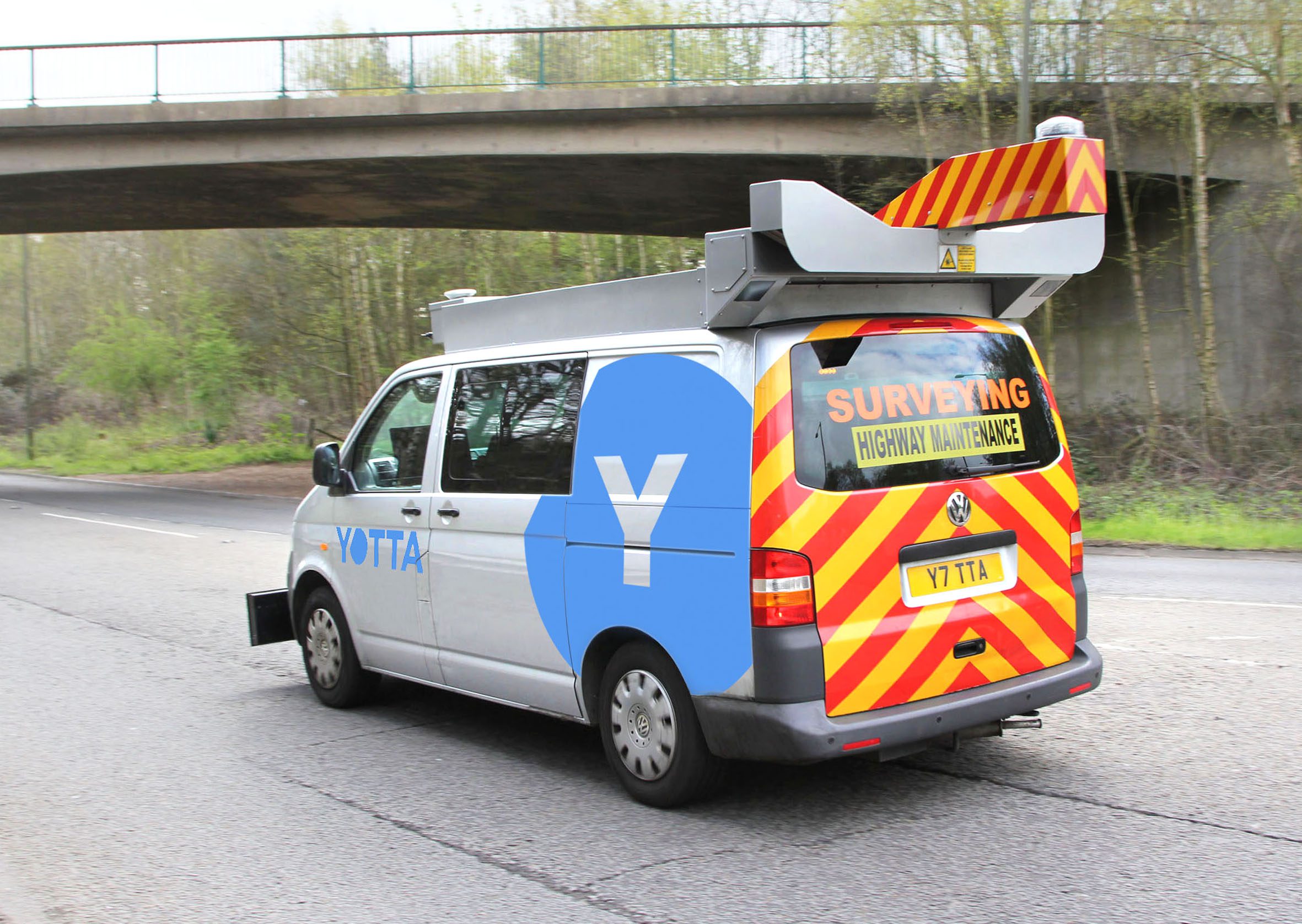 Leamington Spa, UK, July 21, 2015 – Yotta is helping the UK’s Milton Keynes Council realise its vision of a safe and efficient highways network with a range of surveying, software and consultancy services. Working alongside the Council’s Term Maintenance Contractor, Ringway, Yotta has already completed the first round of annual road surface condition surveys.

To date Yotta has collected more than 1,100 kilometres of condition survey data as well as conducting a 1,200 kilometre Asset Inventory video survey. This evidences a commitment to a Strategic Asset Management approach which will be used to plan future works programmes, update the network inventory and inform contract reporting following the Council’s announcement of an ambitious £50 million investment in the highways network.

“Milton Keynes is a unique city with unique challenges,” commented Andy Dickinson, Highway Services Manager at Milton Keynes Council. “With a population growth rate more than double that of the UK average and plans for further expansion over the next twenty years, we depend on a resilient transport network to function and grow in a sustainable way. By investing in the highways network and working with specialist contractors such as Ringway and Yotta, we are confident we can achieve this.”

In addition to the annual condition surveys, Yotta was also awarded a contract to conduct an Asset Inventory video survey across the entire Milton Keynes network of 1,200 kilometres. Key assets, including signs, gullies, bollards, safety barriers, lighting columns and street furniture, were extracted and the data will be used to support a move to a proactive asset management strategy.

Yotta has been providing accredited surveying services for more than twenty years. Using traditional walked methods as well as high tech vehicle based video surveying, Yotta has completed contracts for more than sixty Local Authority clients in addition to trunk road agencies and private contractors. In addition to condition surveys,

Yotta has extracted in excess of fifty different asset types for highways inventories as well as providing intelligence for parking enforcement, insurance claims and to complement other survey data.

Yotta is a provider of software and services that help customers transform how they manage their infrastructure assets.

Innovation is at the heart of the Yotta approach; whether in the development of more efficient or more accurate surveying techniques or in the development of software that helps make the intangible tangible. The Yotta Horizons and Yotta Mayrise platforms, used by the majority of local authorities, national agencies and forward thinking utility companies, lie at the heart of Yotta’s ethos – helping organisations use asset data to inform better operational and strategic decisions.

Comments are disabled
NEXT ARTICLE
Study: How to Fund Interstate Highways In a Way Truckers and Drivers Can Support
July 22, 2015
PREVIOUS ARTICLE
Esri and Leica Geosystems Supercharge Mobile Data Collection with ZenoCollector
July 21, 2015