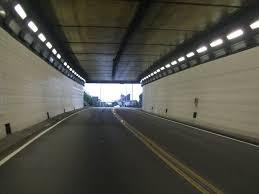 WASHINGTON, July 14, 2015—The U.S. Department of Transportation’s Federal Highway Administration (FHWA) today published the final rule for national tunnel inspection standards that will serve as the foundation of the nation’s first standardized tunnel inspection program. It will be modeled after the FHWA’s successful bridge program established nearly a half-century ago to ensure the safety of the nation’s bridges.

“This important step to keep our nation’s tunnels safe for the traveling public is unprecedented,” said U.S. Transportation Secretary Anthony Foxx. “Establishing national standards will help us maintain a high level of quality and uniformity in tunnel inspections nationwide.”

Up until now, FHWA has provided tunnel inspection guidance but had no means by which to require tunnel owners, such as state departments of transportation or other transportation agencies, to inspect tunnels. In addition, tunnel inspection methods have varied widely. With this new program, FHWA will compile an inventory of the nation’s tunnels and begin to develop a national database similar to the National Bridge Inventory (NBI).

The new standards, referred to as National Tunnel Inspection Standards (NTIS), are modeled after the National Bridge Inspection Standards (NBIS) currently used to ensure the inspection of bridges throughout the country. The NTIS include similar inspection requirements and annual reports of tunnel condition information and inspection findings. The requirements will include routine inspections of tunnels on all public roads along with written reports to FHWA, training and a national certification program for tunnel inspectors, and the timely correction of any deficiencies with tunnels.

To support the implementation of the Standards, FHWA has developed several guidance documents and manuals. The agency will offer training to state and local engineers on how to conduct highway tunnel inspections, including on what elements to inspect and how to code and record the results.