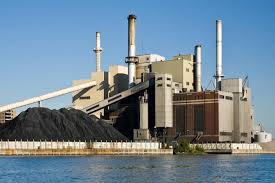 “This proposed rule would accomplish what Americans expect from their government – a modern and balanced approach to energy development that safeguards our environment, protects water quality, supports the energy needs of the nation, and makes coalfield communities more resilient for a diversified economic future,” said Secretary Jewell. “We are committed to working with coalfield communities as we support economic activity while minimizing the impact coal production has on the environment that our children and grandchildren will inherit.”

The proposed Stream Protection Rule released today would include reasonable and straightforward reforms to revise three-decades-old regulations for coal mining in order to avoid or minimize impacts on surface water, groundwater, fish, wildlife, and other natural resources. The proposed rule, which reflects updated science, would replace the 1983 regulations and would better protect the resources.

The proposed rule is meant to keep pace with current science, technology, and modern mining practices. Once the public has had an opportunity to provide comments and the rule is finalized, it will better safeguard communities from the long-term effects of pollution and environmental degradation that endanger public health and undermine future economic opportunities for affected communities.

“The proposed rule would also provide the mining industry with something it has asked for time and again – regulatory certainty,” said Assistant Secretary for Land and Minerals Management Janice Schneider. “The rule would make it clear which requirements apply to which types of streams, and how to determine what types of streams are present. Because of this clarity, companies can better prepare and plan.”

The proposed rule would require coal companies to test and monitor the condition of streams that their mining might impact before, during and after their operations. This feature would provide baseline data to ensure that operators could detect and correct problems if or when they arise.

The proposed rule would also require companies to restore streams and return mined-over areas to the uses they were capable of supporting prior to mining activities, and replanting them with native trees and vegetation unless a conflicting land use is implemented. Through clear, measurable standards, the proposed rule would promote operational accountability to achieve the environmental restoration required when operations were permitted. Moreover, economic impacts were thoroughly analyzed and the proposed rule is projected to have a minimal impact on the coal industry overall.

“In developing the proposed rule, we conducted extensive public outreach and were informed by the interests of coal country residents and others, including those directly and indirectly employed by the industry and those living with the impacts of mining on a daily basis,” said Director Pizarchik. “That is why we are having a robust public comment process—to provide all stakeholders the opportunity to provide input on the proposed changes.”

An advanced copy of the proposed rule is available on the OSMRE website. The proposed rule is accompanied by a Draft Environmental Impact Statement (DEIS), evaluating the environmental issues associated with the proposed rulemaking, including alternative regulatory approaches, and a Draft Regulatory Impact Assessment (RIA) evaluating the economic impacts. The proposed rule, upon publication in the Federal Register, and the associated DEIS and Draft RIA, will be open for public comment for a period of 60 days. Written comments will be accepted through the U.S. Mail, hand-delivered and couriered comments at OSMRE headquarters in Washington, D.C., and electronically through www.regulations.gov.

OSMRE will hold public hearings on the proposed Stream Protection Rule in five cities across the country beginning in September. Hearings will be held in Pittsburgh, Pennsylvania; Lexington, Kentucky; Charleston, West Virginia; Denver, Colorado; and St. Louis, Missouri. The times and venues of the public hearings will be announced at a later date.