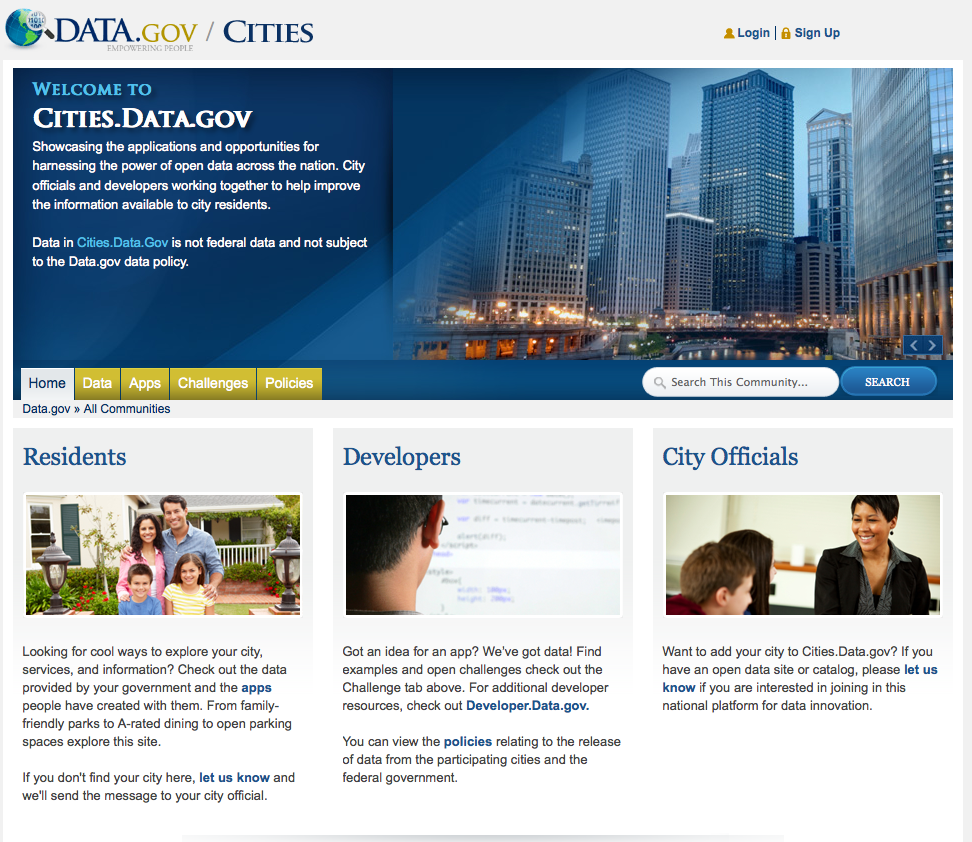 A group of chief information officers and mayors from 17 U.S. cities — including Chicago, Seattle, New York and San Francisco — have opened the doors to their warehouse of public data. The repository is an adjunct to the federal government’s Data.gov repository, and aims to open up scrutiny to help solve big-city problems. The unified platform for city data is a step beyond individual city sites, to offer whole new scales of analysis and insight.

The site encourages residents to explore their city, services and information — as well as the apps that make services more accessible. There are developer resources for those that wish to create applications. There is also an appeal to more city officials to increase the amount of data available in this open catalog.