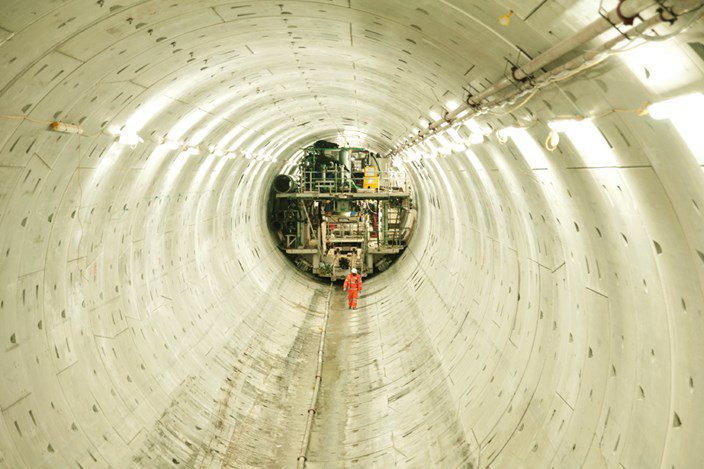 July 13, 2015—Thames Water has selected a preferred bidder to deliver the Thames Tideway Tunnel, also known as the ‘super sewer’.

The newly-created, special purpose company Bazalgette Tunnel Limited, whose shareholders are a consortium of investors comprising funds managed by Allianz, Amber Infrastructure Group, Dalmore Capital Limited and DIF, is in line to own, finance and deliver the landmark project. The appointment of the Infrastructure Provider will be subject to formal designation and licensing by the water industry’s economic regulator, Ofwat.

This unique opportunity has attracted global interest and the competition to be appointed the Infrastructure Provider has been keenly contested. Twelve parties were invited to tender culminating in two highly competitive bids received in the final ‘revise and confirm’ round.

Balancing the interests of customers, investors and taxpayers to deliver this successful outcome, the ground-breaking delivery model, developed by Thames Water, Government and Ofwat, forms a potential blueprint for other major infrastructure projects.

As well as managing the procurement for the Infrastructure Provider, Thames Water has also run a process to select the contractors who will build the project. The highly competitive nature of both of these processes has paved the way for a substantial reduction in the maximum impact the project is expected to have on customers’ bills. This will be announced later in the summer, once all the contracts have been signed.

The Infrastructure Provider will be independent of Thames Water and have its own licence from Ofwat. It will be responsible for delivering the Thames Tideway Tunnel, which is required to tackle the discharge of untreated sewage into the tidal River Thames through central London and to significantly increase the capacity in the London sewerage network.

Along with the recently completed upgrade of five sewage treatment works on the tidal Thames (including at Beckton, East London), both the Lee Tunnel and the Thames Tideway Tunnel are needed to stem the 39 million tonnes of untreated sewage that overflow into the tidal river in a typical year from the capital’s overstretched, Victorian sewerage network.

The Infrastructure Provider’s responsibilities will include managing the contractors, who will construct the Thames Tideway Tunnel. The tunnel will stretch 25 km (15 miles), largely beneath the bed of the River Thames, from Acton in the west to Abbey Mills near Stratford in the east. There it will join up with the Lee Tunnel, currently under construction by Thames Water.

The new Infrastructure Provider for the Thames Tideway Tunnel will be chaired by Sir Neville Simms, with former Crossrail Programme Director Andy Mitchell as CEO.