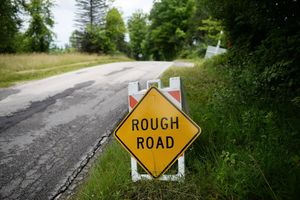 July 8, 2015—Far from the idyllic country roads featured in folk songs, the nation’s rural transportation system needs vast improvements, according to a report recently released by TRIP, a national non-profit transportation research group. The report looked at the condition, use and safety of the nation’s rural roads, highways and bridges. With significant deficiencies, a lack of safety features and fatal traffic crash rates significantly higher than all other roads and highways, travel on rural roads and bridges is bumpy, to say the least.

Rural transportation relies on three elements: water, rail and roads. Without any one of the three, our rural communities can’t thrive.

America’s rural roads provide the first and last link in the supply chain from farm to market, while boosting the tourism industry and supporting the growing production of energy, food and fiber. Deteriorated and deficient rural roads and bridges are hindering farm and ranch goods from reaching markets at home and abroad and making it more difficult for agri-tourism to succeed, ultimately throwing up a big roadblock for economic growth in rural America.

Like limited broadband access and minimal proximity to medical specialists, transportation infrastructure shortcomings in rural areas are often overshadowed by the problems on suburban and urban roads, despite rural Americans relying more on quality of their transportation system than their urban counterparts as the TRIP report notes.

TRIP made a number of recommendations to improve the safety and condition of rural roads. These include: modernizing major two-lane roads and highways to accommodate increased travel and implementing cost-effective safety improvements, including rumble strips, passing lanes and better lighting.

Also critical is securing appropriate resources at the local, state and federal levels to provide a rural transportation system that will keep goods moving, improve quality of life and quicken the pace of economic growth.

On June 24, the Senate Environment and Public Works Committee approved a six-year, $278 billion highway measure, but with Republicans and Democrats sharply divided on how to pay for it, passage of a long-term measure like this one appears to be quite a ways down the road.