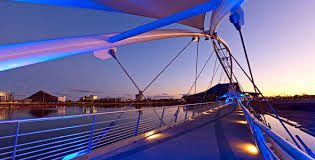 Chicago, Ill., July 6, 2015—The National Steel Bridge Alliance (NSBA) is now accepting entries for the 2016 Prize Bridge Competition. The competition, held every other year, honors the most outstanding and innovative steel bridges constructed in the U.S. The winners will be announced at the 2016 World Steel Bridge Symposium (WSBS), which will be co-located with NASCC: The Steel Conference in Orlando, Fla., April 13-15 at the Gaylord Palms Resort & Convention Center. Entries are due by December 14, 2015 and must be submitted online at www.steelbridges.org/PrizeBridge.

To qualify for the competition, all bridges must be constructed of structural steel and located in the U.S. (defined as the 50 states, the District of Columbia, and all U.S. territories). Eligible structures are required to have been completed and opened to traffic between May 1, 2013 and September 30, 2015.

An independent panel of industry professionals will judge entries on the following criteria: innovation, aesthetics, design and engineering solutions. Quality of submitted presentations, though not a criterion, is important. Entries may be judged in more than one category, but each entry can only receive one award.

The award categories are:

For more information about the competition and to enter your steel bridge project, please visit www.steelbridges.org/PrizeBridge.