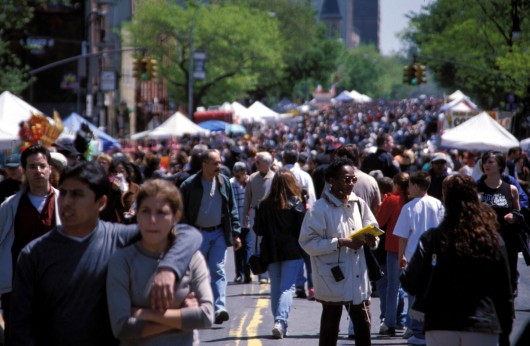 While the majority of the world’s citizens would probably not label themselves as environmentalists, most people do care about having a safe and enjoyably world to live in into the future—in the near term, for themselves, but in the long term for their children and grandchildren, as well. For an environmental movement struggling to find a new language as it looks to tap into this latent concern, Placemaking can provide a holistic vocabulary for defining the problem and reframing the solution.

Often, when we talk about the relationship between human beings and the environment, we use a very specific, almost clinical vocabulary; we talk about minimizing your carbon footprint, eliminating waste, and reducing stormwater runoff. This language of being less bad and at best achieving a state of environmental neutrality fails to spark peoples’ imaginations and get them thinking about how such improvements will lead to them living a better and more enjoyable life.