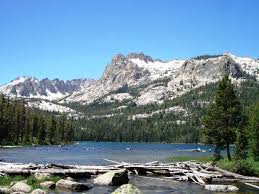 IDAHO FALLS, Idaho —Last summer, water levels reached all-time lows in 177 wells used to monitor the eastern Snake River Plain aquifer at and near the Idaho National Laboratory. As the region goes through its third year of drought, U.S. Geological Survey scientists, working in cooperation with the U.S. Department of Energy, have assessed factors influencing water-level declines and how future declines might jeopardize some wells in the monitoring network. They published their findings today.

Scientists examined how close water levels were to the depth of well pumps, a level at which the wells would no longer be usable. They also analyzed geophysical data for the wells to determine how future declines might affect well productivity, the amount of water that could be pumped.

The monitoring well network is essential to the U.S. Department of Energy’s ability to meet its compliance and surveillance objectives, as well as federal and state regulations.

Key findings from the USGS study include:

“Declining water levels could affect our ability to monitor and understand the aquifer,” said Roy Bartholomay, scientist in charge of the USGS project office at the INL. “To keep some of these wells active, we may need to deepen the wells and pumps, which could be very expensive. We may need to decide whether to keep some wells in the monitoring network.”

Data from the INL monitoring well network are available on the USGS INL Project Office website.