/ Corporate / CDOT Improvements to I-70, Paired with Driver Awareness, Reduced Crashes and Delays This Winter

CDOT Improvements to I-70, Paired with Driver Awareness, Reduced Crashes and Delays This Winter 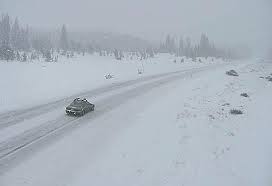 Matt Ball on June 30, 2015 - in Corporate, Transportation
June 29, 2015—Statewide Transportation Plan – CDOT has confirmed that injury, fatal crashes and crashes due to weather were reduced this winter on the I-70 Mountain Corridor.

STATEWIDE — Through a three-fold strategy this winter, CDOT has confirmed that injury, fatal crashes and crashes due to weather were reduced this winter on the I-70 Mountain Corridor from Frisco to C-470, and that unplanned closure times and eastbound delays were also reduced.

Specifically, CDOT’s improvements to the I-70 winter drive:

Recognizing that Mountain Corridor congestion costs the state $1 billion per year, CDOT embarked on improvements to the I-70 corridor by focusing on three different areas: infrastructure, operations and public education.

“We were pleased that the strategies we have and continue to implement are making a difference in the I-70 experience for all travelers,” said Ryan Rice, Director of Transportation Systems Management and Operation for CDOT. “By improving our operations and educating the public on how they can stay safe during their drive, we can save lives AND reduce the frustrations travelers experience during a trip in the mountains.”

In fact, I-70 mountain travelers played an important part in making the drive to and from the mountains safer, faster and better. After the Change Your Peak Drivecampaign ended for the season, National Research Center (NRC) conducted an extensive public survey and found that:

“An accident that takes just 10 minutes to clear can delay traffic up to one hour,” said Rice. “Our partnership with the Colorado State Patrol helped to reduce the impacts accidents had on the corridor significantly this year. And drivers also played their part. By checking your tires, moving your car after an accident, driving safely around plows and carpooling, you, the I-70 weekend warriors, helped improve I-70 this winter.

Confirming that I-70 road and traffic information is in demand, a strong majority of respondents to the survey indicated they appreciate getting information about real time road conditions (89 percent) and current construction projects (85 percent) before and during their drive on the I-70 Mountain Corridor. In response to this, CDOT will continue its Mountain Travel Radio online streaming to inform motorists with the most up-to-date and accurate information.

NRC’s survey of I-70 Winter Travelers assessed I-70 corridor users’ perceptions of CDOT’s I-70 improvements and winter strategies. Participants were recruited through the help of partner organizations, including resorts and the I-70 Coalition, mountain communities and CDOT’s own social media outlets. With 1,623 fully completed and 912 partially completed surveys, the results are believed to be strongly representative of the overall population of I-70 weekend travelers.

CDOT’s Change Your Peak Drive campaign works to improve the I-70 Mountain Corridor by encouraging mountain travelers to change not only the time they drive, but also how they drive. Through public education and strategic partnerships, CDOT works to give motorists the tools they need to be winter ready and know the resources they have for I-70 information. To learn more about the campaign and the strategies CDOT implements along the corridor, visit winter.codot.gov.