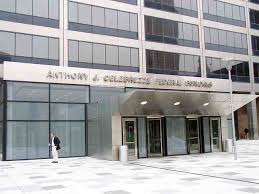 June 22, 2015—Thornton Tomasetti, the international engineering firm, announces that two of its projects, the Anthony J. Celebrezze Federal Building in Cleveland, Ohio, and TILT at 360 CHICAGOin Illinois, were honored with Excellence in Structural Engineering Awards by the Structural Engineers Association of Illinois (SEAOI). The Celebrezze building received an Award of Merit and TILT received the Best Project award – $1 million to $5 million.

Now in its 36th year, the SEAOI Excellence in Structural Engineering Awards focuses on innovative designs and contributions that advance the profession. Projects that were significantly completed between January 2012 and 2015 were eligible for submission.

• Thornton Tomasetti provided structural engineering for the façade overclad of the 49-year-old 32-story office building. The original façade was a glass and stainless steel curtain wall system. The project is scheduled to be completed in 2015.

• The building’s structural system consists of multiple structural steel moment frames, of which portions are encased in concrete for the first 14 stories.

• The firm analyzed the existing superstructure for wind tunnel and current code-prescribed wind loads and designed the support structure for the new blast-resistant skin. The new curtain wall creates a double wall system, with a layer of air between the new and old walls that acts as insulation, reducing heating and cooling requirements in addition to giving the building a contemporary appearance.

• Located on the 94th floor of the John Hancock Center, TILT at 360 CHICAGO (formerly the John Hancock Observatory) offers visitors a panoramic view of Chicago’s cityscape, and beyond. The project was completed in 2014.

• A 26-foot-wide movable steel and glass platform controlled by three overhead hydraulic actuators suspends up to eight visitors 30 degrees beyond the face of the building and 1,000 feet over the city.

• Thornton Tomasetti designed the operable steel and glass structure, as well as evaluated and retrofitted the steel framing of the 1960s-era building to support it.
Supporting Materials

About Thornton Tomasetti (www.ThorntonTomasetti.com)
Thornton Tomasetti provides engineering design, investigation and analysis services to clients worldwide on projects of every size and level of complexity. We fulfill the needs of our clients at every stage in the building life cycle through seven integrated practices in Structural Engineering, Façade Engineering, Forensics, Renewal, Construction Engineering, Property Loss Consulting and Sustainability. Founded in 1956, today Thornton Tomasetti is an 850-person organization of engineering, architecture, sustainability and support professionals collaborating from offices across the United States and in Asia-Pacific, Europe, Latin America and the Middle East.