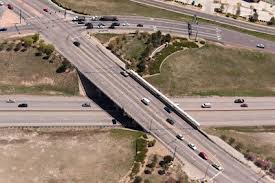 BROOMFIELD, Colo. – U.S. Deputy Transportation Secretary Victor Mendez joined Gov. John Hickenlooper and other officials at today’s opening of the first phase of Colorado’s U.S. 36 Express Lanes. The project began in 2010, when the Colorado Department of Transportation (CDOT) received a $10 million Transportation Investment Generating Economic Recovery (TIGER) I Transportation Infrastructure Finance and Innovation Act (TIFIA) challenge grant. That grant prompted the state to apply for $54 million in credit assistance from TIFIA, which in turn encouraged additional partnership and funding, including a $112 million contribution from the Denver Regional Transportation District that allowed construction of the first phase, which spans 11 miles.

“By providing more and safer transportation options, this project will help move Colorado beyond traffic,” said Deputy Secretary Mendez. “The recipe for urban transportation improvements – innovative financing and cooperation at the federal, state, and local levels – can be replicated across the country once a long-term transportation bill is in place.”

Earlier this year, the Obama Administration proposed the GROW AMERICA Act, a plan to address the infrastructure deficit with a $478 billion, six-year surface transportation reauthorization proposal. The Act will provide critical investments to fix our decaying roads and crumbling bridges and ensure the safety of our transportation systems. Sixty-five percent of America’s major roads are rated in less than good condition, while one in four bridges require significant repair or cannot handle today’s traffic and 45 percent of Americans do not have access to transit. These programs will help communities keep pace with our expanding economy, our growing population, and the traveling needs of the public.

GROW AMERICA provides funding for enhanced credit programs by providing $6 billion over six years for TIFIA, an investment that could support $60 billion in loans. The Act would also provide $7.5 billion over six years to more than double the available funding for the TIGER grant program. Every dollar invested by the TIGER program has been matched by three and a half dollars in state, local or private funding.

“Projects that provide safe, convenient and efficient ways to get around by bus, bike, carpool or other options are the future,” said Acting Federal Highway Administrator Gregory Nadeau. “Kudos to Colorado for its creativity. They have invested wisely and built better ways for travelers to move between Boulder and Denver.”

In addition, workers replaced or widened numerous bridges, modified bus stations to accommodate the Bus Rapid Transit system and built a new grade-separated bikeway which connects to local routes along much of U.S. 36. The improved route also allows buses to use shoulders when traffic in the general purpose lanes falls below 35 mph.

Phase One of the project also utilized design-build, an innovative project delivery approach supported by FHWA under its Every Day Counts partnership with state DOTs.