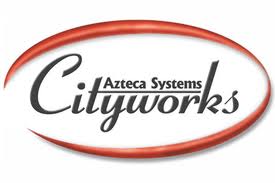 Sandy, Utah—Cityworks recognized six organizations during the Cityworks 2015 User Conference in Salt Lake City, Utah.  Every year, a select group of agencies are chosen from the significant group of nominees to receive the coveted Cityworks Exemplary User Award. Though many candidates closely qualified, the six chosen for 2015 have each applied Cityworks within their organization well beyond the typical use, leveraging the Cityworks platform and Empowering GISTM for their constituents and their communities.

“The Exemplary User Award honors outstanding efforts and achievements from within our Cityworks user community,” said Brian Haslam, president and CEO of Cityworks–Azteca Systems. “We have great clients everywhere, such that the challenge is not finding candidates, but in narrowing down the list. Those selected truly exemplify extraordinary use of Cityworks, and are Empowering GIS for public asset management, addressing the critical needs of the communities they serve.”

The Cityworks User Conference was held at the Salt Palace Convention Center May 20–22. For more information on the 2015 Exemplary User Award winners, visit www.cityworks.com

Since 1996, Cityworks has been streamlining the way agencies manage public infrastructure and property by combining the asset geodatabase with the business logic of agencies that care for infrastructure and property. An authoritative resource and system of record, Cityworks elevates Esri’s ArcGIS Location Platform specifically to manage workflow, schedule resources and prioritize activities—saving time and improving operational efficiencies. Time-tested and proven technology, Cityworks is Empowering GIS® at more than 500 organizations around the world.