/ Corporate / Installed Base of Mobile Augmented Reality Apps to Reach 2.2 Billion by 2019

Installed Base of Mobile Augmented Reality Apps to Reach 2.2 Billion by 2019 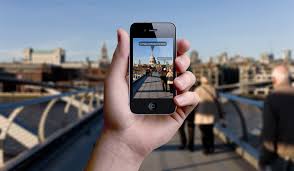 Mobile augmented reality (AR), which is an enhanced version of a real-world environment whose elements are overlaid by computer-generated information on the mobile device display, is rapidly growing in adoption in terms of AR app downloads, revenue, and the total installed base of actively used apps. The market encompasses categories as diverse as gaming and entertainment, marketing and advertising, information, education and toys, retail and product visualizations, and industrial applications.

According to a recent report from Tractica, the installed base of actively used mobile AR apps will grow from 292 million in 2015 to more than 2.2 billion by 2019, representing a compound annual growth rate (CAGR) of 76%.

“Growth in mobile augmented reality adoption will be driven by an expanding set of use cases and application types, including some categories with very high rates of ‘stickiness’ that motivate users to continue utilizing the apps long after the initial download,” says principal analyst Craig Foster.  “While gaming and entertainment apps will continue to constitute the largest number of downloads, for example, other categories such as industrial, education and toys, and retail and product visualizations will have a significantly higher user retention factor, in terms of their active use following the download.”

Tractica’s report, “Augmented Reality for Mobile Devices”, provides global market forecasts for installed base, active users, downloads, and revenue for mobile AR applications. This data is segmented by five major world regions and seven application types. Additionally, Tractica forecasts revenues from the licensing of software development kits and cloud-based solutions, paid applications, application advertising, and in-app upgrades, with all forecasts extending through 2019.  An Executive Summary of the report is available for free download on the firm’s website.