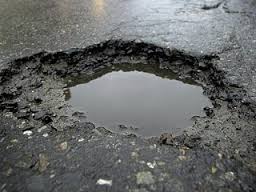 AUCKLAND, New Zealand, June 19, 2015—For anyone who has experienced that heart-sinking jolt when an innocent-looking puddle turns out to be a pothole, here’s a scary thought: There’s a single bone-shaking stretch of road that incorporates the worst potholes on Earth.

Ford has developed what may be the worst stretch of road in the world – a 1.5-kilometer test track that ensures new vehicles are better able to withstand damage caused by potholes and other challenging road surfaces, no matter where in the world they are driven.

Ford engineers have travelled the world to find more than 100 of the worst road conditions from 50 countries, including China, India and Australia, and recreated them on a test track in Lommel, Belgium. Many of the potholes and challenging conditions were brought to the attention of Ford engineers by customers who had damaged their vehicles on particularly bad stretches of road.

“Customer damage reports consistently show us just how much poor roads can wreak havoc with our customers’ vehicles,” said Eric-Jan Scharlee, durability technical specialist at Ford’s Lommel Proving Ground, in Belgium. “It is hugely important for us to fully understand the variety of unique conditions that our customers are putting their vehicles through, and the best way for us to do that is to recreate those conditions in a controlled environment.”

Before a trip to Asia Pacific to collect pothole and road data, surveys were sent out to Ford customers in China and India inquiring about road conditions in their area. The survey responses enabled engineers to identify specific roads that were causing problems for customers and then plan test drives accordingly.

These routes included two journeys of more than 1,000 kilometres: one from Chennai to Mumbai, India, where many of the roads are regularly damaged by monsoon rains; and one from Beijing to Shanghai in China. Similar research trips were taken on roads in and outside of Chongqing, China, and in the Australian Outback.

One consistent finding from the trips in Asia Pacific was a large disparity in quality between the roads in cities, and those on the outskirts and in rural areas. Such conditions highlight the importance of having a vehicle that can withstand the stresses of driving on a variety of surfaces over a long period of time.

The vehicles used on data-collection trips are equipped with highly technical recording equipment in order to conduct thorough investigations of the roads’ impact on vehicle components.

The equipment used in the test cars is similar to that used by seismologists studying earthquakes, and enables engineers to measure the effect of adverse road conditions on the suspension and other vehicle components. Each wheel is fitted with a monitor that measures a wide range of data as the vehicle is driven over potholes at speeds of up to 70 km/h. The engineers then employ 3D mapping tools to record the exact dimensions of the pothole. Factors also taken into account include the type of road surface, the expected driving speed and local driving styles.

Using data they collected on the trips to Asia Pacific, the engineers were able to simulate the road conditions that they found in India, China and Australia at the Lommel Proving Ground in Belgium. This ensures that the vehicles are tested on a track that is as similar as possible to real life driving conditions.

The track has been steadily growing since its inception more than 50 years ago. Engineers are now able to simulate the effects of road conditions from all over the world, including potholes from the Australian outback and farm tracks in India. This helps to ensure that the growing line-up of Ford global vehicles, such as the Ford Fiesta, new Mondeo and Kuga, are tested in conditions that can be found throughout the world.

Vehicles are driven over the 1.5-kilometer track as many as 5,000 times in order to simulate 10 years of damage in just six months of testing. Testing also includes subjecting vehicles to salt- and mud-baths, door-slam tests, and corrosion testing in high-humidity chambers. Prototypes of the vehicles are also are driven at locations across Europe, North America, Africa and Asia Pacific, in temperatures ranging from minus 40 C to 40 C.

Many of the tests carried out at the Lommel Proving Ground are also being implemented at other Ford facilities throughout Asia. This includes the Dianjiang Proving Ground near Changan Ford’s manufacturing facility in Chongqing, China, and the You Yangs proving ground in Australia.

“The difference in the quality of roads throughout the world is huge, and nowhere is this more pronounced than in Asia,” Scharlee said. “Facilities such as those in Lommel, Dianjiang and You Yangs help us to continuously improve the quality and robustness of our vehicles and to make sure that wherever our customers are driving, their vehicles are able to withstand whatever the world throws at them.”