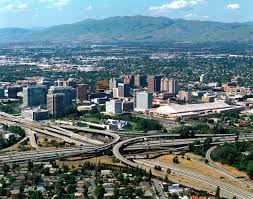 In the US, the city of San Jose has partnered with embedded software solutions provider, anyCOMM. The partnership leverages the Internet of Things (IoT) to add Internet-connected devices atop city streetlights, enabling detection of natural disasters and traffic jams.

The partnership with the Californian-based company will mark the first large-scale project in an endeavour to transform San Jose into a smart, connected city.

Through the project, anyCOMM will for the first time, deploy its wireless sensor device atop 166 streetlights across a San Jose, subsequent to 15 years of testing.

The wireless sensor devices are able to collect volumes of data from city streets that will assist city officials with city planning and improve public services.

Through the wireless solution, San Jose will also be able to make public services such as garbage pick-up, irrigation, electricity and parking more intelligent.

The wireless sensor devices to be rolled out along main roads across the city are equipped with sensors, smart-meter chips, high-speed Internet and mobile phone chips, reports San Jose Mercury News.

The devices are thus enabled to ‘sense movement on the streets, send alerts when the trembling of an earthquake or the blast of a gunshot is detected, act as a Wif-Fi hotspot and tell the streetlights to turn off when the sidewalks are empty.’

As part of the IoT pilot project, anyCOMM will be installing an additional 18 nodes around the perimeter of Mineta San Jose International Airport, running on a virtual private network (VPN) protected by encryption to ensure network security.

The nodes surrounding the airport will monitor the entry of people and cars to the airport and count traffic on streets to improve traffic signal timing and reduce roadway congestion.

The residents of San Jose won’t pay anything for the new technology, with anyCOMM saying that it plans to keep its technology free for cities.

The tech company’s chief executive, Rob Praske added that the company plans to lease portions of its Wi-Fi network to businesses, and work with telecommunications companies to redirect mobile calls to the installed nodes, thus freeing up busy cell towers.

Under this scenario, the city of San Jose and anyCOMM will share the revenue.

Should the pilot prove successful, the Wi-Fi nodes are to become permanent fixtures across the city.

The San Jose Mercury News adds that there are a few other cities that are testing smart city technology, including San Francisco and San Mateo, but on a smaller scale.

Robert Atkinson, president of the Information Technology and Innovation Foundation, a public-policy think tank in Washington, D.C said: “You look at smart cities and (Internet of Things), and other countries are way ahead of us on that.”

Teri Killgore, assistant to the San Jose city manager added: “We’re going to try it out and see how they work.”