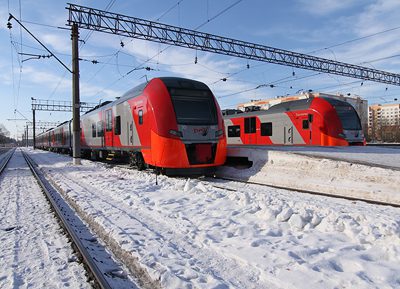 The production of the 240 trains (1,200 cars) started in 2013 with increasing localization in Yekaterinburg. The first 10 trains were already produced and certificated. The delivery will continue till 2020. The trains will be in passenger service above all in Russia’s rapidly growing metropolitan regions.

In 2011, RZD has awarded Siemens a 40-year maintenance contract covering 54 trains. The current contract integrates this former agreement, bringing the total number of trains to be serviced to 294.

The depots in Adler near Sochi and in Moscow are being made available by RZD, while Siemens is responsible, among other things, for the management of the service work, for the logistics and for the supply of spare parts. The 40-year contract includes preventive maintenance of the Desiro RUS and all inspections which have to be conducted at different intervals. In peak-load periods, as many as 100 people will be working on the trains in both depots.