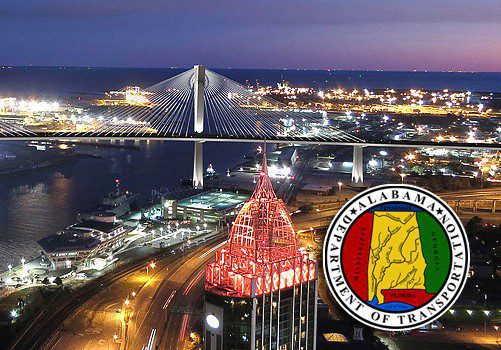 MOBILE, Ala., June 12, 2015—Presentations were held this week at the Alabama Department of Transportation (ALDOT) headquarters in Montgomery to evaluate prospective design teams for the proposed I-10 Mobile River Bridge Project.

In April, ALDOT released a Request for Proposals for the project design. Based on the proposals, six design teams from around the country were chosen to give presentations to a panel of ALDOT and Federal Highway Administration representatives. Southwest Region Engineer Vince Calametti was also in attendance at the presentations.

“We were very impressed by all six candidates,” Calametti said. “The selection team expects to narrow the field to three designers in the next two weeks. It will be an extremely difficult decision.”

The final three candidates will give presentations to a Mobile-based selection committee in Mobile at the end of July.

Once the consultant is selected, ALDOT will begin work on the design plans needed to complete the Final Environmental Impact Statement and construction plans.

The proposed I-10 Mobile River Bridge Project includes construction of a new bridge over the Mobile River, which would tie into the existing I-10 Bayway, in order relieve traffic congestion from the current I-10 Wallace Tunnel. The Bayway, the 7.5-mile interstate bridge which connects Baldwin and Mobile counties, would also be widened from four lanes to eight lanes.

For more information on the project please visit MobileRiverBridge.com.