/ Construction / Kiewit Infrastructure Co. Selected to Bring Permanent Repairs to US 34 in the Big Thompson Canyon

Kiewit Infrastructure Co. Selected to Bring Permanent Repairs to US 34 in the Big Thompson Canyon 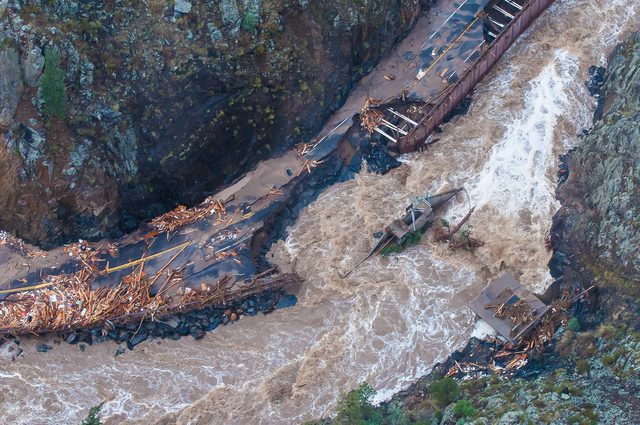 Matt Ball on June 15, 2015 - in Construction, Corporate, Roads
June 12, 2015—Northwestern Colorado/CDOT Region 4 – Loveland – The Colorado Department of Transportation (CDOT) announced they have selected Kiewit Infrastructure Co. (Kiewit) as the Construction Manager/General Contractor (CM/GC) team to bring permanent repairs to a 23-mile section of US 34 between Estes Park and Loveland, damaged by floods in 2013.

The Kiewit team will be tasked with meeting Colorado Gov. John Hickenlooper’s 2013 directive to “build back better than before.”

This selection comes following a rigorous procurement process. The Kiewit team was shortlisted in May 2015 along with other CM/GC teams from Ralph L. Wadsworth Construction Company, LLC and Ames Construction.

“We’re thrilled to announce the selection of Kiewit to build this landmark project for the state of Colorado,” said Johnny Olson, CDOT Regional Transportation Director. “We would have been fortunate to have any of the three teams building this project, but in the end, Kiewit’s proposal, experience in the corridor and expertise with projects of this magnitude made them the perfect fit.”

Following the floods of 2013, CDOT enlisted Kiewit to bring temporary, emergency repairs to US 34.

“Kiewit completed those repairs in 59 days – 10 days ahead of the Governor’s December 1st deadline,” said Scott Ellis, CDOT Project Director.  “Now it’s time to go back and turn those temporary fixes into permanent repairs. After doing such an outstanding job in 2013, we were excited to see their proposal for the permanent repairs.  They did not disappoint, showcasing how they will help us meet our project goals.”

“Kiewit is proud of the work that we did on the Flood Repair in 2013,” said Will White, Kiewit Project Manager.” We look forward to finishing the permanent repairs and continuing our relationships with CDOT and the Big Thompson Canyon community.”

Now that Kiewit has been selected as the CM/GC team, Ellis expects to have the team on-board in mid-July with the initial Notice to Proceed (NTP). Construction is anticipated to begin in late 2015 once design is complete.

Kiewit is one of North America’s largest and most respected construction, mining and engineering organizations. With its roots dating back to 1884, the employee-owned company operates through a network of offices and projects in the United States, Canada and Australia. Kiewit offers construction and engineering services in a variety of markets including transportation, water/wastewater, power, oil, gas and chemical, building and mining. Kiewit had 2014 revenues of $10.4 billion and employs 25,700 staff and craft employees.

Construction is anticipated to begin in late 2015 and be complete by the end of 2017.