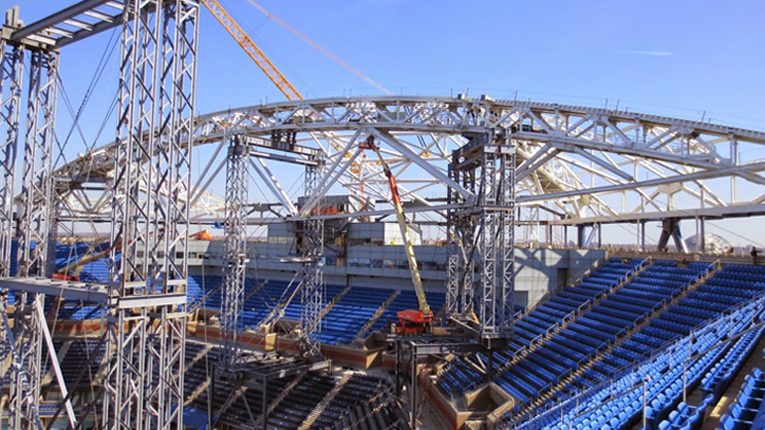 June 10, 2015—A  crane lowered the final steel beam into place over Arthur Ashe Stadium on Wednesday as the U.S. Open’s center court moved closer to being covered by a retractable roof. The $500 million project, designed by Rosetti, will result in a retractable roof to shade fans and keep players cool.

The steel structure built around the existing stadium is comprised of 5,000 tons of steel, 1.700 structural beams, and 115,000 three-pound bolts. The work has been ongoing for nine months and has been placed by three large cranes that will now be disassembled in time for this year’s tournament that begins Aug. 31.